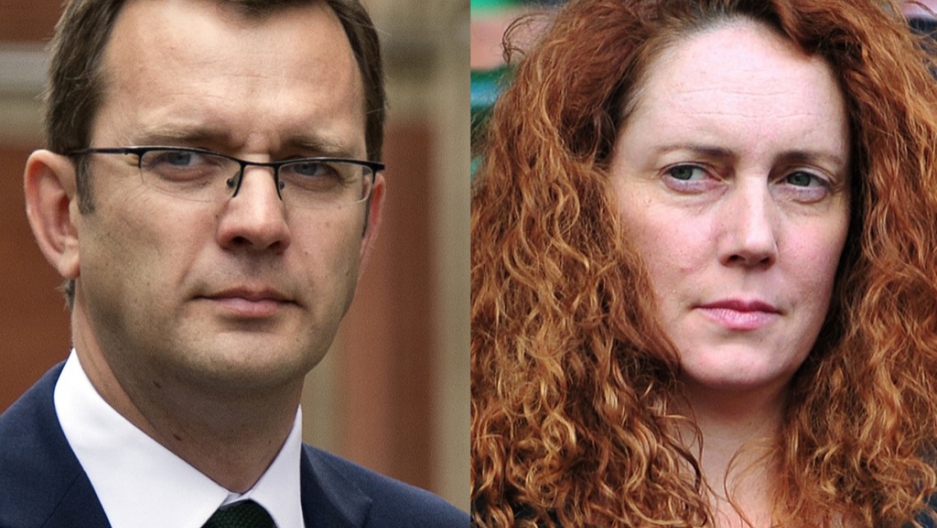 LONDON, UK — Prime Minister David Cameron is under growing pressure from the News Corp. phone-hacking scandal after prosecutors today brought criminal charges against seven journalists and a private detective, including two people with whom Cameron is particularly close: Rebekah Brooks and Andy Coulson.

Coulson was Cameron’s communications chief until the scandal prompted his resignation last year. Brooks, the former chief executive at the newspaper’s publisher News International is a close friend. Both face charges connected to the accessing of messages to Milly Dowler, a 13-year-old schoolgirl who was murdered after her disappearance in 2002. Brooks and Coulson will be prosecuted for “conspiring to intercept communications without lawful authority” between October 2000 and August 2006, during which time both served as editors of The News of the World.

Other charges from Operation Weeting, the Scotland Yard investigation launched in response to criticism of earlier police inquiries, concern eavesdropping on the voicemails of celebrities, ministers and members of the public, including the actor Jude Law and two former British home secretaries. The allegations name some 600 victims.

Brooks and Coulson will be prosecuted for “conspiring to intercept communications without lawful authority” between October 2000 and August 2006, during which time both served as editors of The News of the World.

An eruption of public disgust over the alleged hacking of Dowler’s phone last year prompted Cameron to establish a separate inquiry into media ethics that has questioned Cameron and former Prime Minister Tony Blair. The probe is led by Lord Justice Leveson.

The scandal also led police to review their procedures and has seriously shaken Murdoch’s media empire.

Coulson’s links to the prime minister could prove especially damaging as his coalition government struggles to deal with mounting criticism of its austerity measures ahead of the next general election.

Recruited by Cameron in 2007 to be the Conservative Party’s director of communications, Coulson helped steer the party to power in elections in 2010.

By admitting him to an inner circle that provided access to sensitive government information, Cameron has exposed himself to allegations that he willfully ignored concerns about phone hacking because of his eagerness for the favor of powerful Murdoch executives.

Cameron told the Leveson inquiry earlier this year that he had sought assurances from Coulson that he was not involved in hacking before hiring him.

Brooks, who preceded Coulson at the tabloid’s helm and later edited Murdoch’s daily Sun tabloid, has had close personal ties to Cameron. The pair regularly shared “country suppers” at each others’ rural houses and rode horses together.

The Leveson inquiry, which wrapped up the same day the hacking charges were announced, has sought to question the degree of power Murdoch and his cohorts have wielded over politicians.

David Sherborne, who represents some of the victims, said there had been a “failure of governance.”

“It is not the journalists that are to blame, or even the editors,” he said. “It starts right at the top.”

The charges against Brooks and Coulson represent an opening salvo of what is likely to become another long round of scrutiny over the cozy relationships between the press and politicians and the extent to which the media held the government and police under its influence.

It will probably help drag out the hacking scandal worryingly close to 2015, when Cameron is expected to run for re-election, and may open him to criticism over possible new revelations.

Labour Party leader Ed Miliband welcomed the charges. "Everybody was very shocked at the revelations of the hacking of Milly Dowler's phone,” he said. “I said at the time we needed to get to the bottom of what had happened. It is now right that justice takes its course."

Coulson said he will fight the allegations against him. He expressed concern about the charges relating to Dowler and claims that phone hacking disrupted police investigations into her disappearance.

“At the News of the World, we worked on behalf of the victims of crime, particularly violent crime,” he said. “The idea that I would sit in my office dreaming up schemes to undermine investigations is simply untrue.”

Brooks has also denied the charges against her. She said the Dowler charge was "particularly upsetting, not only as it is untrue but also because I have spent my journalistic career campaigning for victims of crime."

Murdoch resigned last week from positions as director of several companies that oversee his British papers, including The Times and The Sunday Times broadsheets, in what some believe may be preparation to sell his British newspapers.

Cameron has not commented on the charges. He attended a lunch hosted by Queen Elizabeth shortly after they were announced, together with his three predecessors Tony Blair, Gordon Brown and John Major, who surely had plenty to discuss.

More from GlobalPost: Women coders in Finland take on the “newest boy’s club”