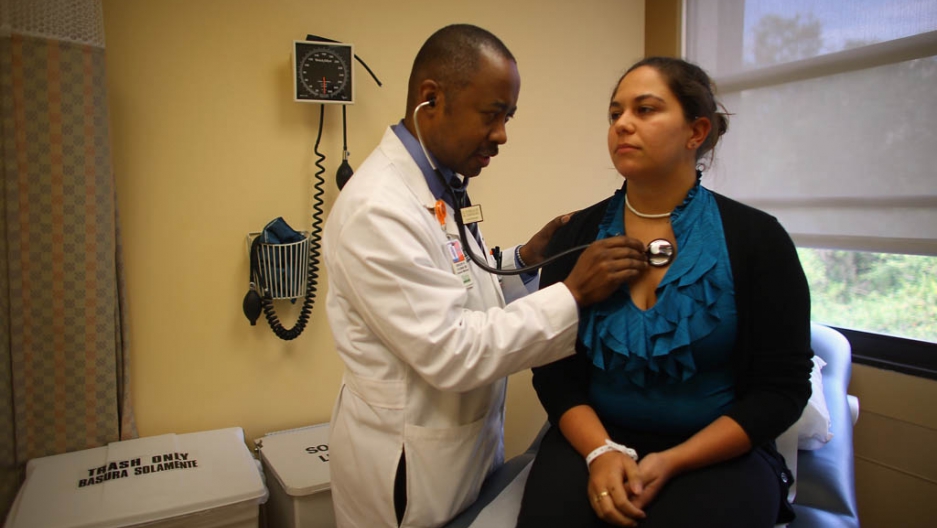 Nearly 10 percent of employers in the US say they plan to cancel health care coverage for workers in the next several years as insurance costs rise.

The survey released by Deloitte says that around one in 10 employers are considering plans to drop coverage as the bulk of the federal Affordable Care Act comes into effect. Those companies represent only 3 percent of the total workforce.

The bulk of employers, around 80 percent, were planning to continue providing benefits, and the remainder weren’t sure. The survey was done before the Supreme Court ruled to uphold the healthcare overhaul law in June.

Smaller firms were the most likely to consider dropping health insurance. The Wall Street Journal reported that companies with 50 to 100 workers were most likely to say they would drop coverage, with 13 percent of them saying they expected to do so in the next one to three years. Nearly all of the larger companies with more than 1,000 employees told surveyors they would continue to provide coverage. Companies with fewer than 50 employees are not required to provide insurance.

The majority of employers said they will shift more of the costs of insurance onto their employees by raising co-pays, deductibles and premiums. According to the Los Angeles Times, more employers are exploring new lower cost ways they can keep providing health benefits.

One idea is to introduce defined-contribution plans where they give workers a fixed amount of money, much like a 401(k) plan, to allow them to buy their own insurance on the open market or in a private exchange.

More than 160 million Americans rely on employee sponsored plans for their healthcare but both companies and employees are struggling to keep up with rising costs.

A spokeswoman for the Department of Health and Human Services, Erin Shields Britt, told the Wall Street Journal that the similar law in Massachusetts had increased the number of people who have health insurance coverage through their employer. "This law will decrease costs, strengthen our businesses and make it easier for employers to provide coverage to their workers," she said.