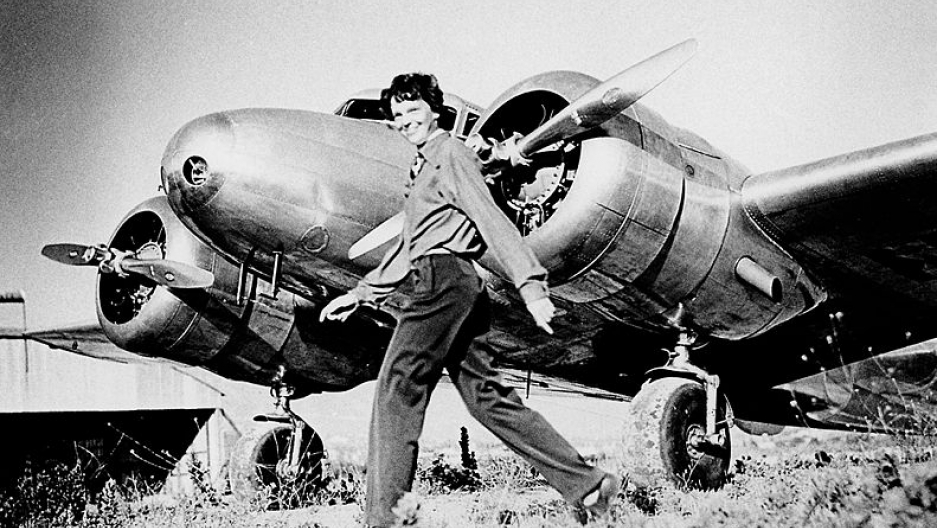 Amelia Earhart , pictured with her Lockheed Electra sometime in 1937, died a short time later when her plane crashed over the South Pacific. (Photo via Wikimedia Commons.)

Another multi-million dollar search to find the wreckage of Amelia Earhart's plane has come up empty.

Investigators had a great deal of confidence going into this search that they would finally come up with results that would help them unravel the long-running mystery of just what happened to the renowned female aviator, who was born on July 24, 1897.

Oskar Garcia, an Associated Press news editor for Hawaii and the Pacific Rim, said a new analysis of a 1937 photograph seemed to show landing gear from the type of plane Earhart had used near where they were searching.

"That's what led them to go back this time around, along with a lot of other things," he said.

But Garcia says researchers aren't willing to call the whole trip a failure. They still have hours of underwater footage to review, in hopes that perhaps the camera caught something the human eye missed.

They're also planning a return trip to conduct a land-based search, to see if there perhaps might be signs that she survived on the island for a time.

The search has been concentrated on an island known at the time as Gardner Island, now called Nikumaroro, part of the island nation of Kiribati.

They still believe strongly in their overall theory.  But they are disappointed that they've yet to find the smoking gun that would give them an indication they're right.

The previous expedition, though, cost some $2.2 million and the group didn't even have all of that when they began. How the group will arrange funding for a follow-on trip remains to be seen, especially after coming back empty-handed.

"It'll be interesting to see if they can get it off the ground," Garcia said.