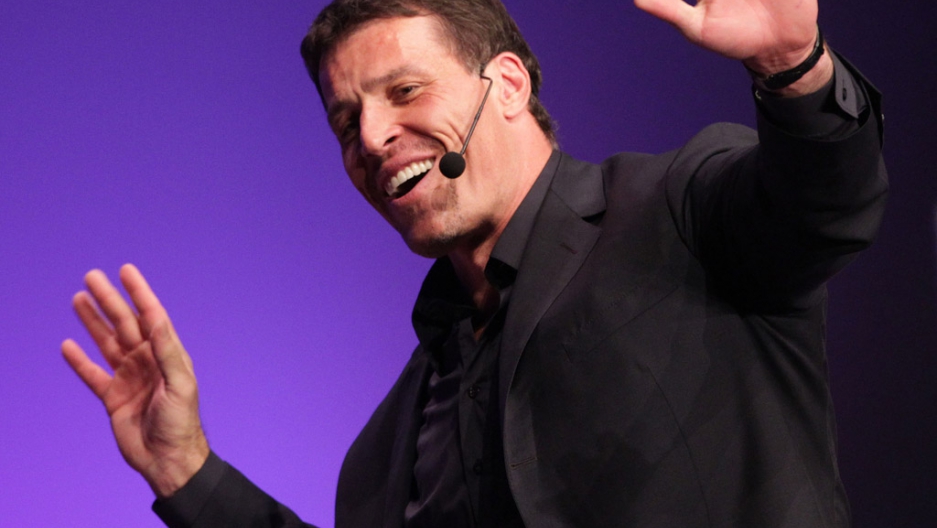 Tony Robbins suggested they “unleash the power within,” but for 21 people who burned their feet walking over hot coals, it was more about cooling their heels in a fountain.

Police treated the nearly two dozen people for burns to their feet on Thursday night in San Jose during a weekend seminar with the motivational speaker, The San Jose Mercury News reported.

Three of the people had serious injuries, and most suffered second- or third-degree burns.

“I heard wails of pain, screams of agony,” witness Jonathan Correll told the Mercury News. “It was people seriously hurting, like they were being tortured. … First one person, then a couple minutes later another one, and there was just a line of people walking on that fire. It was just bizarre, man.”

The event – with 6,000 registered – continues until Sunday.

A fire department representative was at the event to prevent any accidental flare-ups, CBS News said.

It took about 90 minutes for those who participated to walk over 10-foot long strips of hot coals 2 ½-feet wide.

More from GlobalPost: Sunburn science: what makes them hurt?

“When it was all said and done, we treated approximately 21 people at the scene for burns and we transported three,” San Jose Fire Capt. Reggie Williams told CBS. “The burns, from what I understand, were second and third degree burns.”

On his website, Robbins suggests the “Firewalk Experience” is step 1 of his “four steps to transformation.”

“Once you start doing the impossible (or at least what you thought was impossible), you can conquer the other fires of your life with ease,” the website says.

There are those who succeeded in San Jose, the Mercury News reported.

Yet, others crossed the coals unscathed at first, but then dipped their feet in a nearby fountain after blisters started to appear.

Some people went to their hotel rooms and called 9-1-1.

“It seemed abnormal that so many got hurt,” one witness told the newspaper.