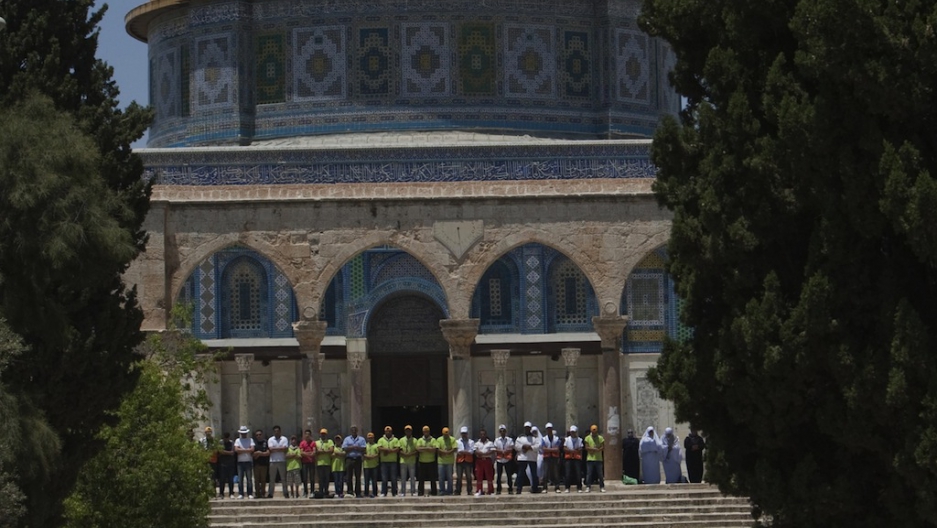 Palestinian worshippers pray outside the Dome of the Rock at the Al-Aqsa Mosque compound in Jerusalem during the first Friday prayers of the Muslim holy month of Ramadan on July 20, 2012.
Credit: AHMAD GHARABLI
Share

KARACHI, Pakistan — It's official, a crescent moon was sighted in Pakistan last night. Ramadan began today, and the usually congested streets of the city are now virtually empty in the late afternoon.

The exact beginning and end of Ramadan, a holy month in the Islamic calendar marked by Muslims abstaining from food and water during daylight hours, is contested in many Muslim states -- and the specific dates of the month can vary from country to country.

Unlike the western Gregorian calendar, the Muslim calendar is based on lunar patterns. Technically, according to the Quran, an Islamic month starts with the "visibility" of the new crescent moon. According to Islamic jurists, this definition includes the variability of atmospheric factors, as well as human sighting capabilities.

What does this translate to in Pakistan? If you (or your Islamic cleric), can't see the moon, the month hasn't actually begun.

This can be a bit difficult in countries like Sweden and Norway, where the sun isn't going to set for the remainder of the summer. Muslims have found a work-around: Many countries in the Middle East now follow Saudi Arabia's announcement.

But Pakistan refuses to announce the arrival of Ramadan until their own Islamic clerics have seen the sliver of a crescent moon with their very own eyes. So, while Saudi Arabia, Egypt and most of the Middle East began fasting on Friday, Pakistanis spent the day gobbling down one last late lunch-time meal, wondering if they'd awaken before the sun to fast the following day.

Here's the clincher: according to CNN, astronomers now have the technology to see the shape of the moon (new or full, waning or waxing) in broad daylight, regardless of humidity, pollution and sand in the air. But Muslim jurists haven't reached a conclusion on whether using telescopes or binoculars is Islamically acceptable.

Until there's a universally agreed upon Islamic calendar, Pakistanis will have to wait for the country's Islamic clerics to determine the beginning and ends of the month-- something that will surely frustrate weary fasters searching for the next crescent moon to mark the end of Ramadan.