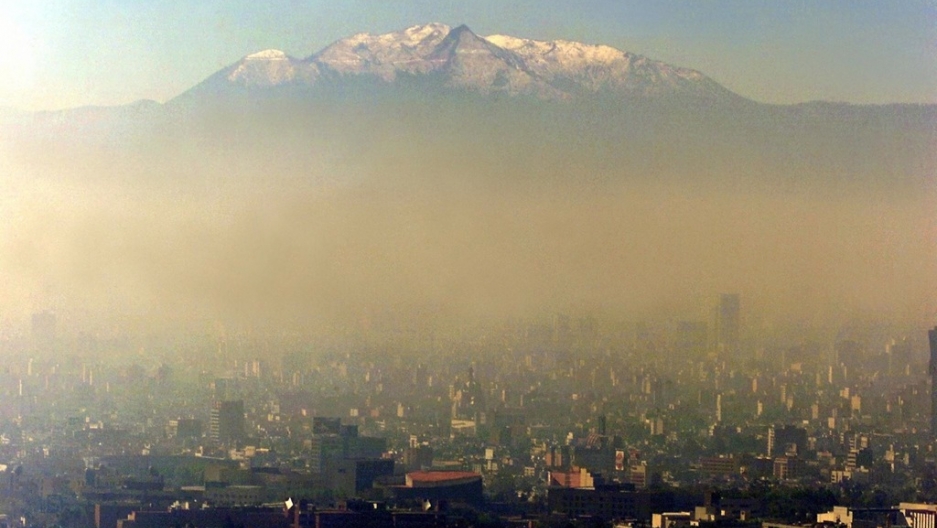 This is the first dispatch of Climate Pains, an in-depth series on apparent impacts of Latin America's changing climate.

LIMA, Peru — From Tierra del Fuego to Tijuana, Latin America is highly vulnerable to climate change, which is expected to trigger a series of natural disasters that could even reverse local victories in the fight against poverty.

Droughts will grip regions from the southern cone to northern Mexico. Extreme storms are increasingly battering Central America. Rising seas will swallow up vast coastal areas. And many Andean glaciers will disappear forever.

Meanwhile, the greatest threat to the Amazon — home to roughly a third of all plant and animal species — may no longer be logging or cattle ranching but climate change itself.

Some scientists even warn that could trigger “positive feedback” as deforested areas generate less rain — leading to yet more dieback, drought and fires in an unstoppable cycle that could turn much of the Amazon into savannah regardless of any local successes in the fight against loggers.

That would accelerate the global climate crisis as the vanishing jungle unleashes billions of tons of carbon currently locked in its plants and trees.

Although scientists remain wary of blaming individual weather events on climate change, almost all agree that the bigger picture of unpredictable weather, unprecedented storms, floods and droughts leaves no room for doubt that climate change is already upon us.

All of these phenomena will have huge costs, both human and economic. Experts predict that it will be the poor who will be hit hardest.

According to one authoritative study released last month at the Rio +20 Earth Summit in Brazil, climate change will cost Latin America $100 billion per year by 2050.

That price tag will include falling harvests, damage caused by “natural” disasters such as flooding and drought, and the spread of tropical diseases to new areas, says the joint study from the Inter-American Development Bank (IDB), World Wildlife Fund and United Nations’ Latin America economic agency ECLAC.

It also includes $7 billion arising from lost fishery and tourism revenues as a result of coral bleaching in the Caribbean, as warmer waters kill spectacular reefs that have grown over thousands of years.

The calculations are based on a global temperature rise of 2C (3.6F). Judging from current carbon-emission trends, and the political gridlock in reaching an international treaty to curb them, that figure increasingly looks like a serious underestimate.

Now, even a surprise breakthrough in climate negotiations would probably fail to avoid most of these impacts.

“Many climate-related changes are irreversible and will continue to impact the region over the long term,” warned Walter Vergara, the IDB’s head of climate change and sustainability, in a statement.

Although Latin America only accounts for 11 percent of global carbon emissions, environmentalists insist the region’s governments should also be doing more to shrink national carbon footprints.

Venezuela is a particularly obvious offender. The country’s huge oil bonanza has led to state subsidies, resulting in some of the cheapest gas on the planet — and a national fleet of fuel-guzzlers from modern SUVs to outsized 1950s cruisers.

“Governments in the region are pressuring the major emitters to reduce their emissions,” Ricardo Navarro, of CESTA, El Salvador’s branch of Friends of the Earth, told GlobalPost.

“But they are not asking the fundamental questions about an economic model that extracts and consumes natural resources in an unsustainable way.

Navarro, whose organization works with coastal communities grappling with the loss of mangroves destroyed by the rising Pacific Ocean, added: “Like most other governments, Latin American governments are trying to grow and grow and grow, even though we have already passed the limits of what our planet can sustain.”

More from GlobalPost: Left vs. indigenous of Latin America

Even Bolivian President Evo Morales, who has demanded the developed world pay climate reparations to poor countries, has seen his policies come under attack from greens.

Issues include the Bolivian economy’s continued dependence on oil and gas exports and Morales’ attempts to push a road through an Amazon reserve. The latter could mean millions of tons of carbon emissions triggered by deforestation.

Similar issues plague the entire region as governments finance the construction of infrastructure, intended to boost trade and lift millions out of poverty, using revenues from the export of raw materials.

Nevertheless, there are causes for optimism. Mexico has become only the second nation in the world, after the UK, to set itself binding legal emissions reduction targets. That is in part a reaction to an unprecedented drought that hit much of the country this year.

Under the law passed earlier this year, Mexico is required to reduce its carbon footprint by 30 percent by 2020 and 50 percent by 2050, a huge commitment from Latin America’s second-largest economy where millions still live in grinding poverty.

Meanwhile, many Latin American cities are far ahead of their US counterparts in preparing contingency plans for climate change, according to a recent study by the Massachusetts Institute of Technology. Quito, for example, is already investing millions to maintain its water supply as glaciers melt away high above the Ecuadorean capital.

Yet overall, environmentalists remain critical of what they view as most Latin American governments’ inaction on climate change.

The challenge is to find a development path that is truly sustainable even as countries adapt to the inevitable — and sometimes devastating — impacts of the climate crisis.