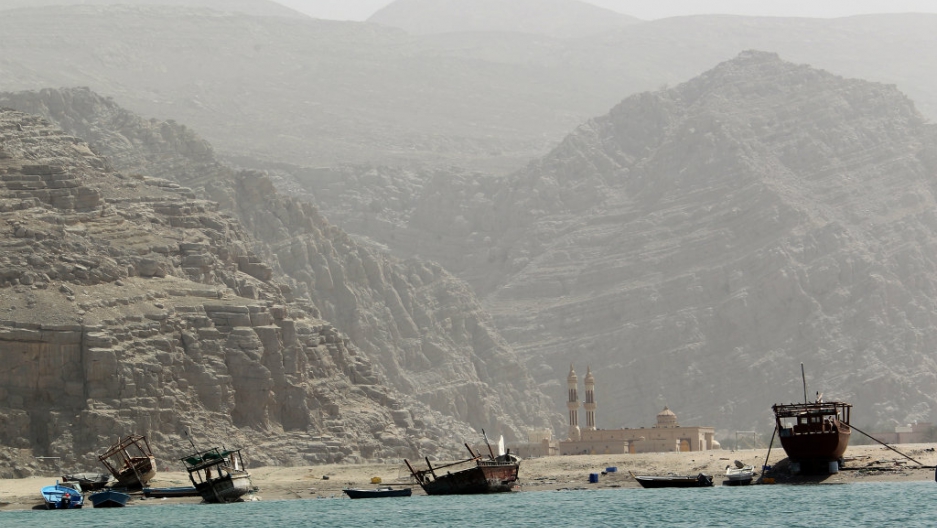 The Strait of Hormuz, where the US is sending underwater drones in case of Iranian counter-economic attack.
Credit: Karim Sahib
Share

Tiny unmanned SeaFox submersibles are being rush delivered to the Persian Gulf to respond to the possibility of Iran mining the Strait of Hormuz, the LA Times reported.

The subs are around four feet long which come with a camera, sonar, and an explosive charge to detonate mines. In many ways, they're a way to give the United States more leverage in negotiations between Iran and the United Nations Security Council.

The subs are incredible; they can find, identify, and destroy underwater anti-ship mines. They take the hit so that ships don't have to.

The latest round of sanctions in Iran are having a massive impact on the Iranian economy.

The SeaFox subs are in the Gulf in the event that Iran tries an economic counterattack by closing the Strait of Hormuz.  A fifth of the world's oil must pass through the Strait, and multiple Iranian leaders have indicated that they could mine it and effectively close it to drive the price of oil up and make the rest of the world bleed.

Four MH-53 Sea Dragon helicopters arrived along with the first of the upcoming fleet of undersea drones, and four mine sweeping ships.

The SeaFox costs $100,000 and moves up to six knots. The thing is, they're one-time use. The charge that detonates the mine also destroys the sub.

Business Insider: 16 Cities That Are Getting Destroyed by Foreclosures

Business Insider: Goldman: This Is How Many Medals Each Country Will Win At The London Olympics

Business Insider: If You're An American Tax Payer, These Are Your Most Recent Defense Purchases