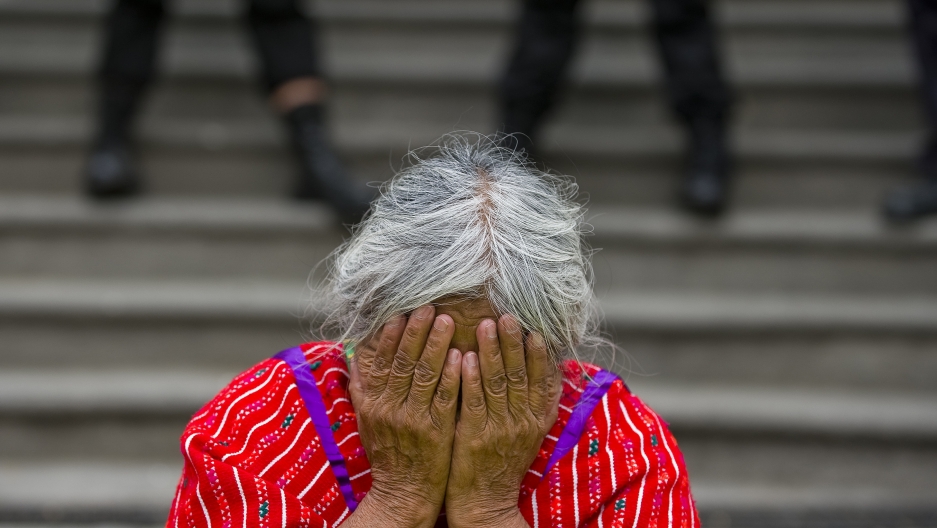 An indigenous Mexican protester outside the Federal Electoral Tribunal in Mexico City, on July 10, 2012. She was part of a movement against Enrique Peña Nieto, candidate of the Institutional Revolutionary Party (PRI).
Credit: Alfredo Estrella
Share

The golden boy of the Mexican election showed huge promise before the July 1 vote. For months Enrique Peña Nieto had been polling with a double-digit lead over the other candidates.

Indeed, overlooking all the vote-buying accusations, Peña Nieto won the presidency — but not by the landslide predicted. After an early count and a recount of the votes, this week more election numbers trickled out of Mexico’s elections commission.

But July 1 was more like Super Sunday in Mexico. Not just the president, but candidates for governor, mayor and the legislature were also on the ballots.

As for Mexico’s two-house legislature, projections show Peña Nieto’s Institutional Revolutionary Party, or PRI, won the most seats but lacks an absolute majority.

The party is sometimes described as center-left and market-friendly, but often accused of corruption (and now, of paying for its votes and handing out supermarket gift cards to those who chose PRI).

But Peña Nieto ran on a ticket with his party an the Verde Ecologista party (PVEM), whose name means Ecological Green but is accused of being neither.

Even with those parties’ seats combined, the numbers wouldn’t give the new president’s grouping the majority it sought. The Associated Press reports that the PRI-PVEM grouping would take 240 of the total 500 seats in the lower house of Congress, and 61 of 128 seats in senate, according to the latest projections. That means the PRI will have to woo lawmakers across the aisle to pass reforms.

“I’ll be respectful of the vision and contribution made by other political forces,” Peña Nieto said, according to Reuters Spanish-language service.

“It is time to agree, not impose. To build, not obstruct.”

The president will take office on Dec. 1 and lawmakers are set to take their seats Sept. 1. Meanwhile, the PRI could endure some pain sooner than that. On Thursday, presidential candidate Lopez Obrador is expected to file a formal challenge to the election results. If anyone followed Mexico's 2006 elections, that's like deja vu all over again.