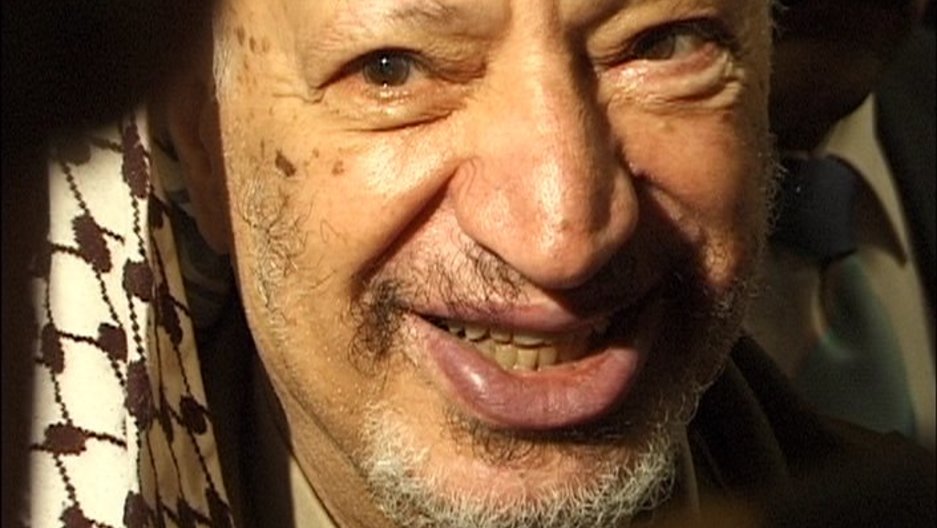 A nine-month investigation by Al Jazeera has called into question Yasser Arafat's cause of death. (Photo by Hans Jorn Storgaard Andersen via Wikimedia Commons.)

Suha Arafat, the widow of the Palestinian leader Yasser Arafat, is requesting authorities in France investigate her husband's death in a French military hospital, the Associated Press reported Tuesday.

The request comes a week after Al-Jazeera aired a special report that called into the question the cause of Arafat's mysterious death in 2004. The broadcast was the culmination of a nine-month investigation by Al-Jazeera into the contraversial issue.

While doctors insist a severe hemorrhage led to his deadly stroke, others are convinced he was assassinated — by Israel's intelligence agency, Palestinian extremists or even his own party.

As part of its investigation, Al-Jazeera gave a Swiss research lab what it said were some of Arafat’s old belongings. The result? Abnormally high levels of polonium, a radioactive material that can be used as a poison.

U.S. Secretary of State Hillary Clinton said the U.S. would not respond to "rumors" of Arafat's death, Al-Jazeera reported Tuesday. She also said she planned to visit Israel next week to discuss Middle East peace efforts.

Arafat's own family members, including his widow, have repeatedly called for a new autopsy. And it looks as if they're going to get their wish. Mahmoud Abbas, the leader of the Palestinian National Authority, gave his consent this week to exhume Arafat's body.

Ziad Asali, founder of the American Task Force on Palestine, said that regardless of the what the autopsy reveals, there would be clear winners — or losers — of this debacle.

"Even if more evidence is obtained through further autopsy and exhuming the body, the controversy will never really be settled one way or the other by evidence," he said. "It's going to be always a political question."

As a physician, Asali said it would be difficult for researchers to pinpoint an exact cause of Arafat's death. He said the late Palestinian leader suffered a kind of "system failure" that had many potential causes.

"It was not a specific way of dying that can be directly linked to something like polonium," he said. "But it doesn't rule it out."