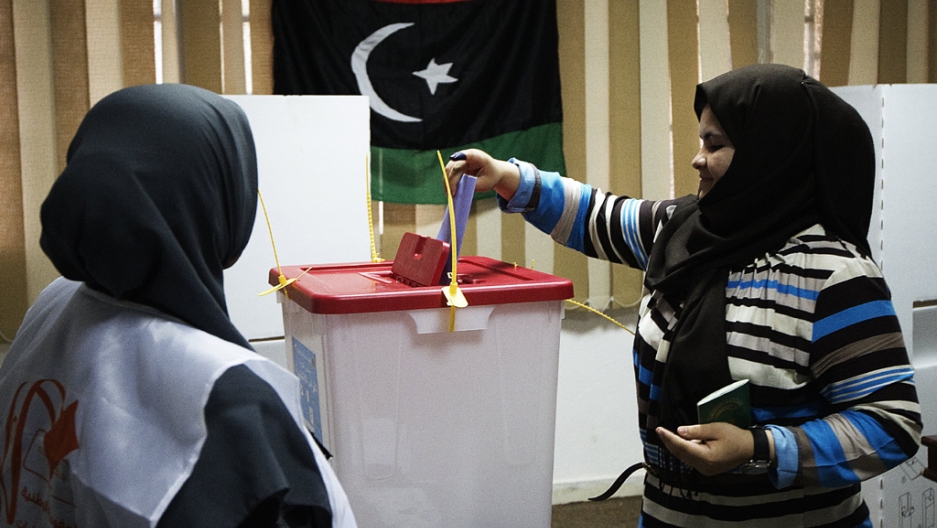 A Libyan woman casts her ballot at a polling station in Tripoli on July 7, 2012 as voters headed to the polls to elect Libya's General National Assembly.
Credit: GIANLUIGI GUERCIA
Share

Long lines formed outside polling booths across the country, namely in the capital Tripoli, with many voters donning black, red and green flags – the colors of the popular uprising.

Libyans are to elect members of the General National Congress, with polling stations to stay open until 8pm local time.

Despite violence and threats of sabotage from a federalist movement in the lead-up to polling day, AFP described the mood in Libya as “festive” – including in eastern Libya, where two rockets hit Benghazi Medical Centre without causing damage.

On Friday, an Election Commission worker was killed when gunfire struck a helicopter transporting ballot papers over the region of Hawari, south of Benghazi.

“But the federalists are a minority in Benghazi, as well as in the rest of the country,” he said.

It is understood that the federalists in eastern Libya are unhappy over the distribution of seats in the 200-member national congress.

Deutsche Welle reported that around 2.7 million Libyans have registered to vote in these elections, with the congress consisting of 120 directly elected members and 80 contenders from party lists.

The vote is the first general election in Libya since 1964.

Libyans and their supporters around the world are sharing photos and thoughts on Twitter about the historic elections: