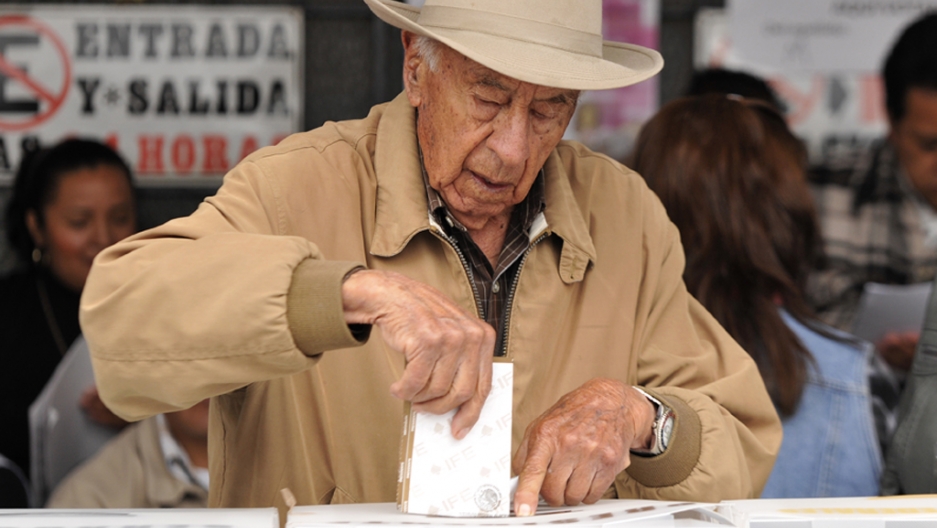 GUADALAJARA, Mexico — Nearly 80 million Mexicans are eligible to vote in today’s presidential election and authorities are pulling out all stops to get as many of those people as possible to polling stations before they close at 8 p.m. (EST).

With some experts predicting a lower voter turnout this year, the independent federal electoral commission has been plying the airwaves with advertisements urging Mexicans to lodge their vote.

Some businesses have got on board, offering freebies, two-for-one deals and discounts for customers who can prove they cast their vote in the elections for president, deputies, senators, governors and mayors.

Convenience store chain Oxxo is offering free coffee while cinema operator Cinepolis is handing out free movie tickets to customers who show their ink-stained thumbs as proof they voted.

In Guadalajara, Mexico’s second-largest city in the central state of Jalisco, people lined up outside houses and primary schools that have been turned into temporary polling stations.

The PRI ruled Mexico for 71 years until 2000, when it was booted out of office by PAN.

During its time in power, the PRI became a symbol for corruption, repression, economic mismanagement and electoral fraud, and many educated Mexicans and urban dwellers are now worried the country could return to that grim period of the country's history.

“We don’t like the PRI, it is like going back to the past, the poorest past of Mexico,” Concepcion Garcia told GlobalPost after voting at a primary school in the wealthy suburb Las Fuentes.

“If the PRI is in power, we are afraid there will be no more democracy in this country.”

Preliminary results will be made public when the last polls close at 8 p.m. (EST), according to Agence France-Presse.