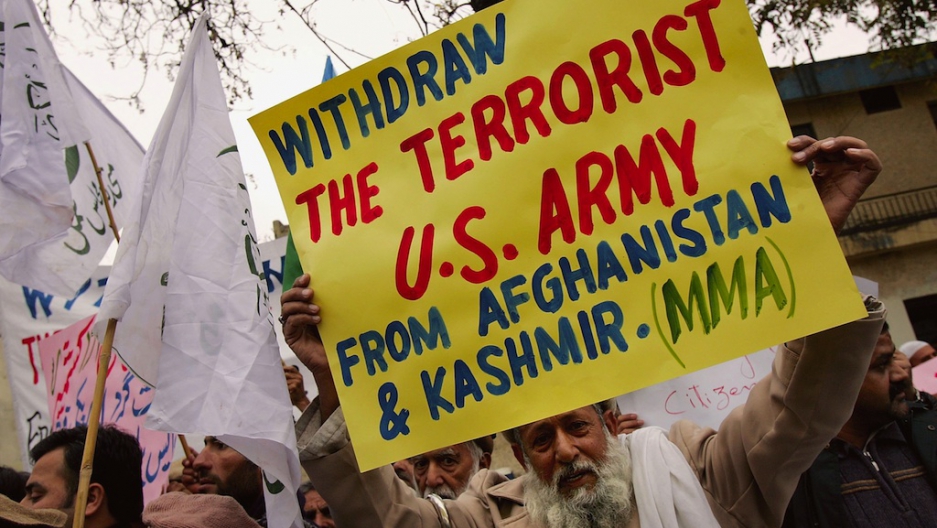 Anti-American sentiment among Pakistanis is at its highest point since the terrorist attacks on September 11, 2001, with 74 percent of Pakistanis viewing America as an enemy, according to a new Pew poll.

The poll, conducted as part of Pew's Global Attitudes Project, found that Pakistan's distrust in America has been on the rise despite increased US aid to the country, up from 69 percent last year and 64 percent three years ago.

Washington sends hundreds of millions of dollars to Pakistan every year in the form of military and economic aid, to support its education system and aid in its power crisis, among other areas, the Los Angeles Times reported.

However, the assistance has not swayed the people of Pakistan towards a more favorable opinion of the US. In fact, roughly four of every 10 Pakistanis feel that American aid is actually having a negative impact on their country, whereas just one in 10 believe the impact is positive, according to the poll.

In addition, just 13 percent of Pakistanis think US relations have improved in recent years, down 16 percentage points from 2011, Pew reported.

Events such as the US air strike that mistakenly killed 24 Pakistani soldiers in November 2011, as well as the raid of the city of Abbottabad that resulted in the murder of Osama Bin Laden, have tainted Pakistan's view of America further, the LA Times reported.

"Those events have served as rallying cries for a Pakistani population that for years has viewed Washington as arrogant and untrustworthy," the Times' Alex Rodriguez. "The Obama administration’s heavy reliance on drone missile attacks as a primary tactic against Islamic militants in Pakistan's tribal northwest has further intensified Pakistan's animosity toward the US Pakistanis view the drone attacks as violations of their country's sovereignty and charge that they kill civilians as well as militants."

Conversely, people in Pakistan have a much more favorable view of China, with nine in 10 Pakistanis considering the Asian nation a partner and only 2 percent viewing it as an enemy, Pakistan's Alternative Policy Institute reported.

The poll was conducted among 1,206 respondents between March 28 and April 13, in face-to-face interviews, according to Pew. The sample covers approximately 82 percent of the Pakistani population.