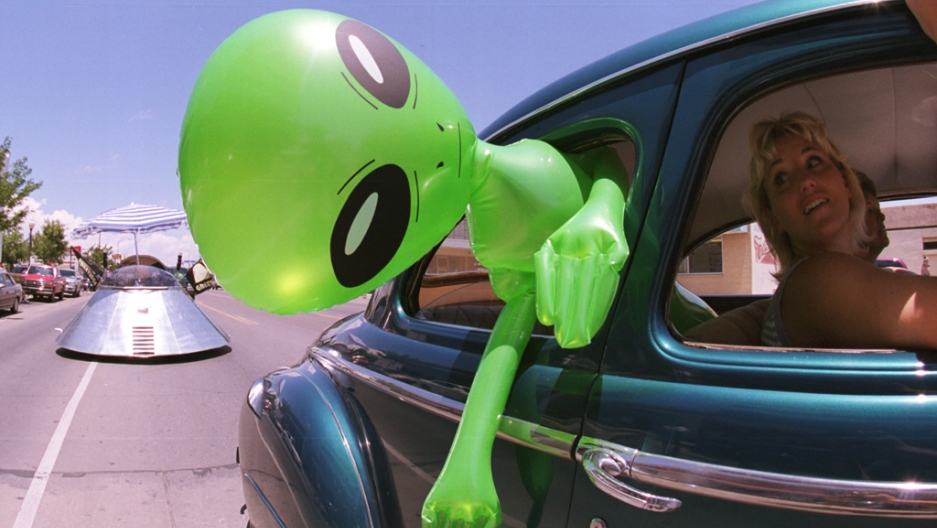 A survey conducted by the National Geographic Channel found that 65 percent of Americans believe President Obama is better suited to lead America in case of an alien invasion.
Share

If you're weary of all the election polls on battleground states and the economy, here's one that gives a fresh take.

If aliens invaded, 65 percent of Americans think President Obama would be better suited to lead the country.

According to USA Today, a survey conducted by the National Geographic Channel found that 68 percent of women and 61 percent of men surveyed said Obama "would be more adept at dealing with an alien invasion than Romney."

More on GlobalPost: Bolt from the blue: US Army tests lightning-bolt weapon

The Christian Science Monitor said that while the premise for the poll may seem silly, it essentially asks "which candidate voters would prefer at the helm in the case of a sudden, terrifying crisis that threatens the world's very existence."

The survey included 1,114 Americans and was conducted in late May, in anticipation of the channel's series "Chasing UFOs," according to The Los Angeles Times. (Incidentally, the Hulk wins as the superhero Americans would turn to first in case of an alien invasion.)

Politico noted that the survey also found that 79 percent of respondents believed the government had kept information about UFOs secret. And Hollywood should consider its job done, because 55 percent believe agents like Will Smith and Tommy Lee Jones' characters in "Men in Black" actually exist.