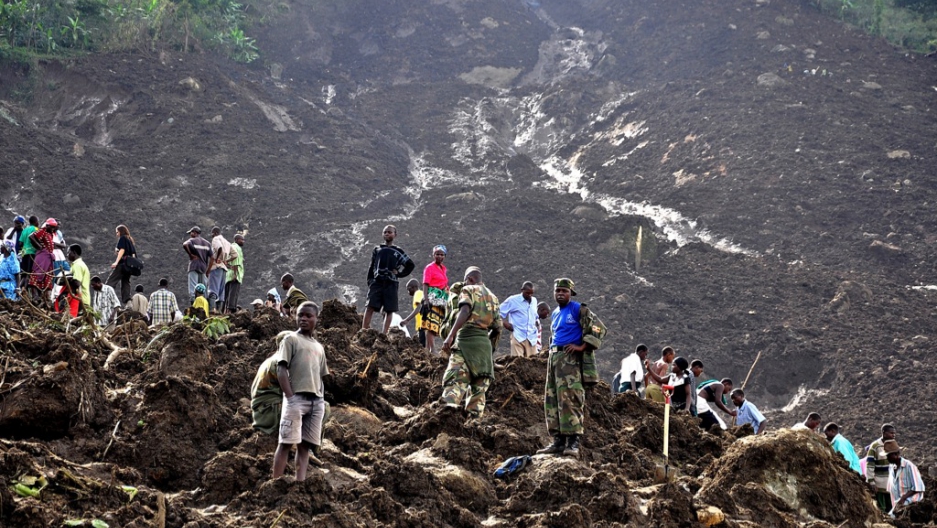 Ugandan soldiers and relatives try to retreive the bodies of villagers burried under a landslide at Bududa in Mbale district in eastern Uganda that engulfed entire villages killing at least 80 people in March 2010.
Credit: Peter Busomoke
Share

NAIROBI, Kenya — A landslide that swept through at least two villages in eastern Uganda may have killed over 100 people, according to the national branch of the Red Cross and a local official.

Other early reports gave a much lower figure of 10 dead.

Deadly landslides occur with depressing regularity during the heavy rainy seasons on the western slopes of Mount Elgon, demolishing homes and villages and burying people alive. In March 2010 hundreds of people died in a landslide in Nametsi, close to the site of today's disaster.