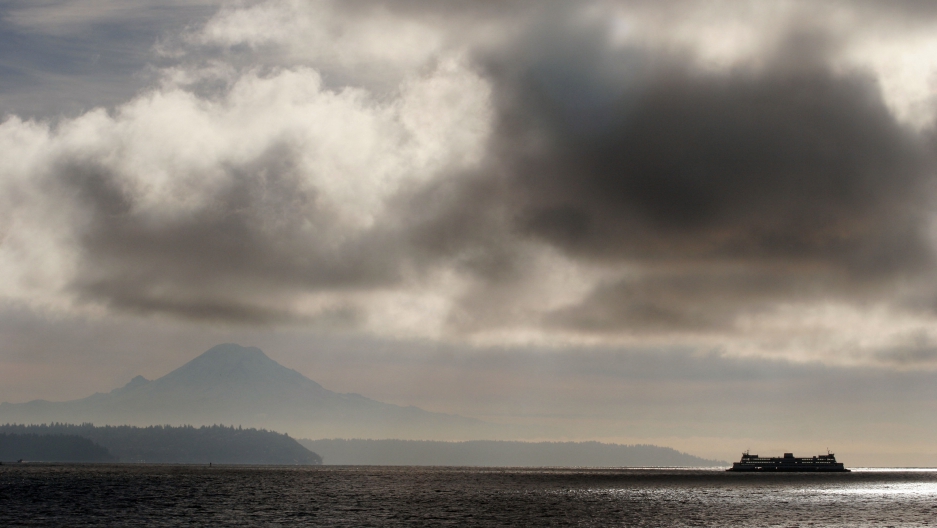 A Washington State Ferry sails toward Seattle, from Bremerton, WA, with Mt. Rainier in the background.
Credit: Robert Sumner
Share

The climbers — two men and two women from Waco, Texas — slipped down Rainier's Emmons Glacier into a crevasse after they had successfully ascended the mountain, CNN reported. All of them were tied together.

Hall, who is 34 and had been with Mount Rainier's climbing program for four years, didn't respond to attempts by fellow rangers to contact him and wasn't moving, CBS News reported. He was dead when other rangers reached him at the 10,000-foot level several hours later, spokesman Kevin Bacher told CBS.

The rescue mission was made difficult by a worsening storm that brought high winds and clouds, The Olympian reported. Helicopters from Joint Base Lewis-McChord airlifted three of the climbers to Madigan Hospital about 9 p.m., according to the Olympian. All four climbers suffered non life-threatening injuries.

Hall's death is the second tragedy for the mountain's staff this year, The Seattle Times reported. Mt. Rainier ranger Margaret Anderson was fatally shot as she tried to stop a man who drove through a tire-chain checkpoint on New Year's Day, the Times reported. The shooter's body was found the next day.