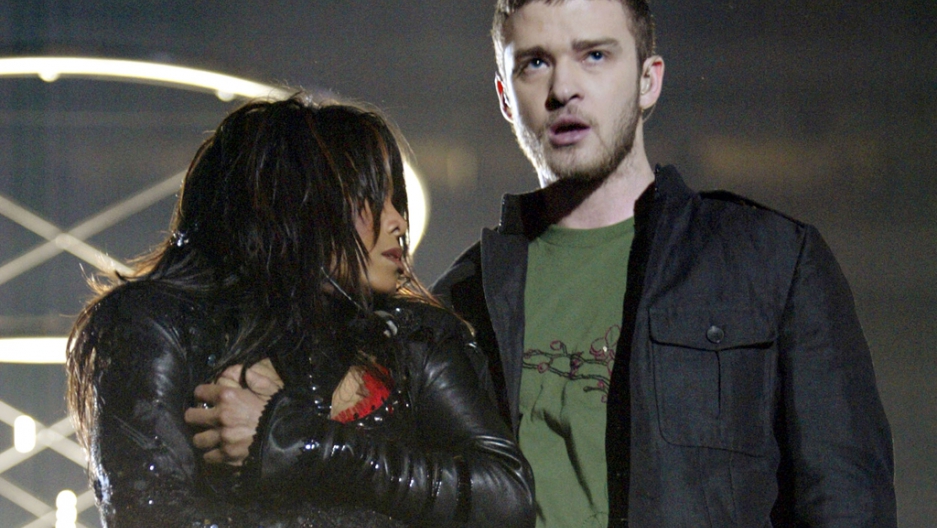 Singers Janet Jackson and surprise guest Justin Timberlake perform during the halftime show at Super Bowl XXXVIII between the New England Patriots and the Carolina Panthers at Reliant Stadium on February 1, 2004 in Houston, Texas. At the end of the performance, Timberlake tore away a piece of Jackson's outfit.
Credit: Frank Micelotta
Share

Will people with malfunctioning wardrobes ever be allowed to appear on network television again? Maybe. Broadcast television networks won an important victory today. In an 8-0 vote, the US Supreme Court concluded that the Federal Communications Commission had unfairly punished television networks with its indecency rules, CNN reported.

The case dates back to broadcasts from up to ten years ago. In 2002 and 2003, the FCC found that Fox violated its indecency rules after entertainers Cher and Nicole Richie said "expletives" during the Billboard Music Awards, the Wall Street Journal reported. In another case, ABC was hit with a $1.2 million fine in 2004 after an actress' bare bottom could be seen briefly in a 2003 episode of the show "NYPD Blue."

In the 18-page opinion, the Supreme Court ruled that the FCC's rules were vague, and that the FCC did not give Fox or ABC fair notice that "fleeting expletives and momentary nudity could be found actionably indecent," the WSJ reported.

But while the Supreme Court threw out fines and sanctions that the FCC imposed on the networks, the court did not go further to address whether or not the FCC's indecency rules are constitutional, the Associated Press reported. "Because the Court resolves these cases on fair notice grounds under the Due Process Clause, it need not address the First Amendment implications of the Commission’s indecency policy," the ruling said, according to the Los Angeles Times.

FCC's indecency rules came under scrutiny back in 2004, when the agency imposed a $550,000 fine for the famous Janet Jackson "wardrobe malfunction" that occurred during her Super Bowl performance. An appeal to that fine is also pending in a separate case, CNN reported.