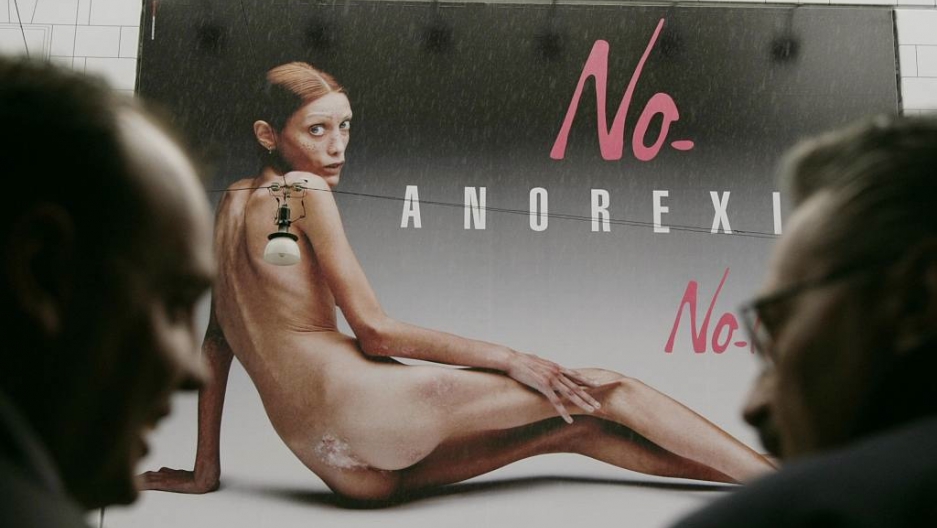 A new report estimates that three in every 100,000 children under 13 in the UK and Ireland suffer from an eating disorder. This emaciated girl posed for an Italian advertisement campaign to combat eating disorders, especially in the fashion world.
Credit: Damien Meyer
Share

A new research study suggests that eating disorders in older women may be more prevalent than once thought.

The report published in the International Journal of Eating Disorders, showed that 13 percent of women over 50 may suffer from some form of an eating disorder.

The group surveyed more than 1,800 women over 50 to see how many had eating disorders and to assess the impact it had on their lives, according to ABC.

Of those surveyed, 62 percent said their weight or shape has a negative impact on their lives, USA Today reported.  Eight percent reported they purged, while 70 percent said they were currently dieting and trying to lose weight.

More from GlobalPost: Thousands of children treated for eating disorders

Cindy Bulik, the study's lead author and director of the eating disorders program at the University of North Carolina, told USA Today that eating disorders have serious physical and emotional consequences. "Part of my goal is to make this an issue all doctors need to be aware of regardless of a women's age. Many think eating disorders end at age 25. They exist at every age, we're finding."

Bulik told US News and World Report that she believes that "Our '70 is the new 50' society" is placing extra pressure on older women to look a certain way well into their later years.

US News and World Report also listed several warning signs of an eating disorder including, rapid weight loss or low weight; withdrawing from family, partner and friends; evidence of binge eating or purging; extremely low self-esteem and body esteem; not eating with the family and avoiding events where there is food.