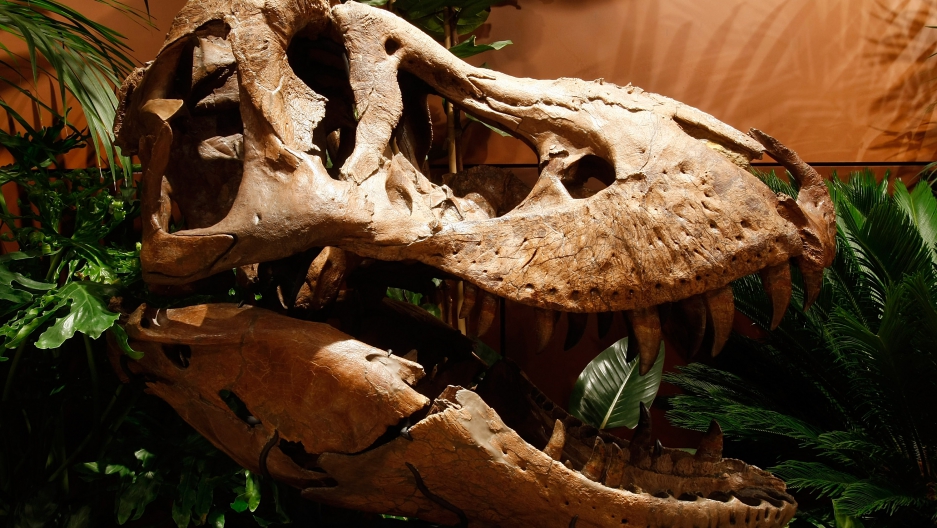 The federal government is suing to have a dinosaur sent back to Mongolia after it was brought over to the US on false grounds.
Credit: Ethan Miller
Share

The US federal government has filed a lawsuit to force the fossils of a dinosaur to be returned to Mongolia.

The complete Tyrannosaurus skeleton was said to be stolen from Mongolia and bought by an American collector for $1 million.

The Associated Press reported that the lawsuit said the fossils had been falsely labelled as being from Great Britain and only worth $15,000.

“The skeletal remains of this dinosaur are of tremendous cultural and historic significance to the people of Mongolia, and provide a
connection to the country’s prehistoric past," US Attorney Preet Bharara stated in a press release.

"When the skeleton was allegedly looted, a piece of the country’s natural history was stolen with it, and we look forward to returning it to its rightful
place.”

Read more on GlobalPost: Dinosaurs much smaller than once believed, scientist says

The skeleton was aunctioned in New York by an unidentified buyer but was held up after an order by a Texas court.

Texas-based Heritage Auctions has made the sale contingent on the outcome of the challenge to its authenticity, reported MSNBC.

Company co-founder Jim Halperin, said that he had not heard about the lawsuit as of yet so he could not comment.

The fossils were examined by paleontologists in early June, who concluded that the skeleton was from Mongolia, reported the New York Observer.

It is believed the fossils were taken from the country about 15 years ago.

Even the President of Mongolia has voiced concerns about the origin of the fossils.