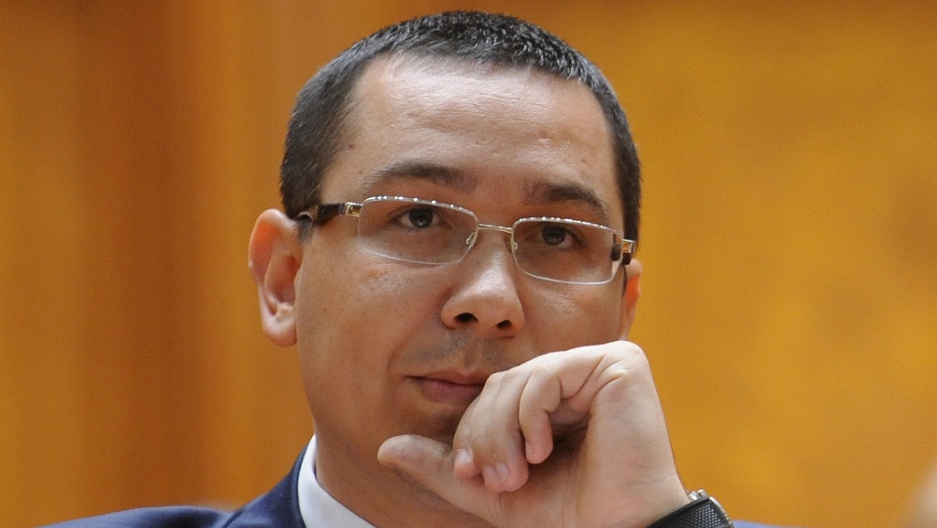 Romania's Prime Minister Victor Ponta has been accused of copying about half of the thesis he submitted to the University of Bucharest in 2003.
Credit: DANIEL MIHAILESCU
Share

Romania's Prime Minister Victor Ponta has been accused of plagiarizing large sections of his 2003 PhD thesis in law.

The journal Nature reports having seen documents compiled by an anonymous whistle-blower that suggest more than half of the 432-page thesis on the International Criminal Court for the University of Bucharest was copied.  If the charges are substantiated, the article says, they could spark public pressure for Ponta to resign.

“The evidence of plagiarism is overwhelming,” Marius Andruh, President of the Romanian council for the recognition of university diplomas, is quoted as saying.  "If the allegations are borne out, a serious discussion is needed in Romania and abroad to prevent this in the future.”

Ponta, whose left wing-dominated Social Liberal Union (USL) alliance took power in May after a no confidence vote in Mihai Razvan Ungureanu, has denied the accusations, according to Reuters.

"I am ready to undergo any kind of checks," Ponta told the Romanian news agency Agerpres.  He has accused his political opponent, President Traian Basescu, of orchestrating the campaign against him, says Europe Online Magazine.

"I am used to this with Basescu. I guess he was angry at me and so he studied my PhD thesis", Ponta is quoted as saying by AFP, adding: "The fact that my thesis on the International Criminal Court is of interest to Nature is a bit comical."

The allegations come just a month after Ponta's Education Minister Ioan Mang resigned over allegations he had copied scientific papers on information technology without attribution, the news agency says.