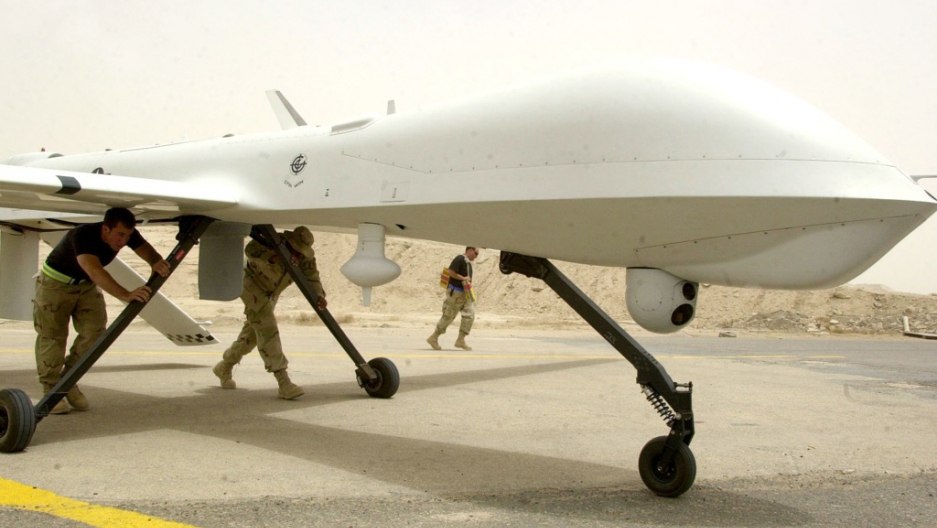 In this undated handout photo provided by the U.S. Air Force, airmen move a Predator Unmanned Aerial Vehicle at Tallil Air Base in Iraq.
Share

Venezuela has made its first drone with help from allies Iran, Russia and China, and plans to start exporting it soon.

In a televised speech addressed to military officers at Venezuela's Defense Ministry, President Hugo Chavez said the aircraft is only equipped with a camera and is solely for defensive purposes, according to Reuters.

"We don't have any plans to harm anyone," Chavez said during the broadcast. "We are doing this with the help of different countries including China, Russia, Iran, and other allied countries."

The drone "does not carry arms" and has a 100-kilometer (60 mile) sweep, reported Agence France-Presse. "It can fly solo for some 90 minutes and reach an altitude of 3,000 meters (9,000 feet)," said General Julio Cesar Morales Prieto, president of Venezuela's state-run Military Industrial Company Cavim.

According to the Associated Press, Chavez also said that Venezuela has begun to assemble Kalashnikov assault rifles with the help of Russia. Morales Prieto said 3,000 AK-103 assault rifles have been assembled since Venezuela and Russia signed an agreement in 2005 to build a Kalashnikov assembly factory. Though construction of the factory has not yet been completed, production has begun. It will eventually be able to produce 25,000 rifles each year.

More from GlobalPost: Iran: China, Russia eager to take a peek at our US spy drone