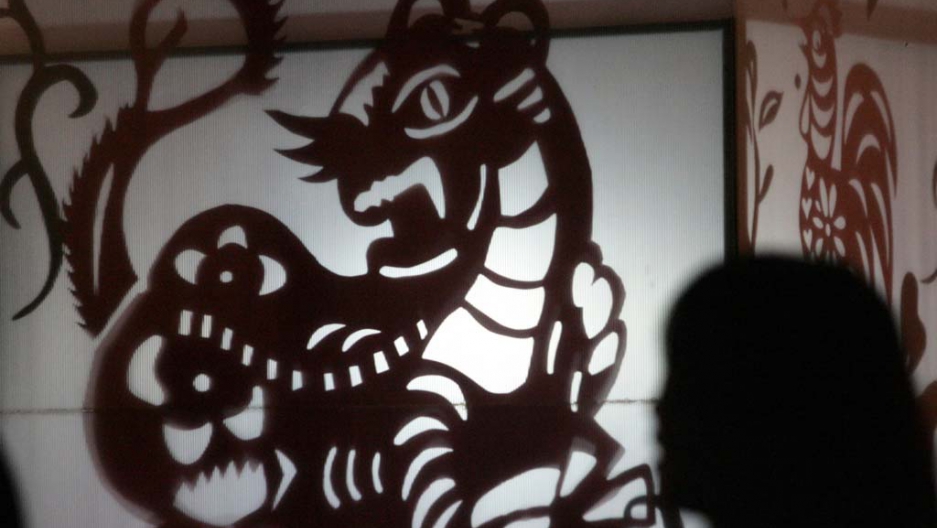 TAIPEI, Taiwan — Former lawmaker Lo Fu-chu is notorious for a few things. Heading one of the island’s largest crime syndicates and beating up opposition legislators chief among them.

Now you can add one more item to that list: fugitive.

The former judiciary committee czar failed to turn himself in for a four-year prison sentence for money laundering and insider trading in late April.

“It’s been over a month since he didn’t report. We think he’s probably in China by now. [Lo’s gang] Celestial Way operates there and he has hotel and entertainment investments in Shanghai and Beijing,” says an official with the Criminal Investigation Bureau, who declined to be named due to the sensitive nature of his work.

Observers say the scandal surrounding Lo Fu-chu — who infamously attacked a female legislator during a live TV broadcast and allegedly had another lawmaker abducted, blindfolded, stripped naked, locked in a dog cage and dumped on the side of a road — is yet another embarrassing example of the confluence of organized crime, politics and big business in the island republic.

“Some criminal elements have turned themselves into elected politicians working inside the political institutions of Taiwan. It provides them with first-hand information on public works bids, land development and law enforcement,” says Lo Shiu-hing, a transnational crime expert at Hong Kong Institute of Education. “The government co-opts them, [but] tries to restrict their participation to the grassroots level so they can mobilize votes in support of their constituencies.”

Organized crime’s infiltration into politics is not unique to Taiwan. Hong Kong, Macau, Italy, the US and Russia all have well-documented histories of mobsters manipulating the political process. What makes the situation in Taiwan unique, however, is that gangsters here don't just bribe the politicians — they become them.

Parris Chang, a former lawmaker and deputy secretary-general of the National Security Council, says the trend started way back with Chiang Kai-sheik, who fled to Taiwan with remnants of his army in 1949, after losing a bloody civil war on the mainland.

“Chiang Kai-sheik came to power with the help of gangsters back in China. When he lost to Mao Zedong, some of those gangsters came to Taiwan [with him],” Chang says.

China considers Taiwan a renegade province, and has vowed to use force if necessary to bring it back into the fold.

The late Cold War warrior and dictator, Chiang Kai-shek, soon realized that his new Kuomintang (KMT) administration in Taipei was vastly outnumbered by Taiwanese, who had migrated to the island from China centuries earlier. He worked to redress that imbalance by instituting decades-long martial law, unleashing a feared security apparatus and working with influential gangsters, according to Chang.

“It’s always been about local patronage and corruption,” he says. “Today, the gangs try to purify themselves by getting into big businesses like construction. If you try to build a building here they threaten and intimidate you into giving them the contract. These are now some of the biggest firms in Taiwan.”

And what businesses they are. The Criminal Investigation Bureau estimates that the three largest gangs’ legitimate holdings in entertainment, cable TV, hotels, waste disposal, construction, finance and real estate are worth “billions of dollars a year — easy.”

While the full extent of their illegal operations — which allegedly include extortion, logging, counterfeiting, prostitution, cybercrime and trafficking in persons, arms and drugs — “dwarfs that figure.”

Critics say the legal businesses have been built on the favors of politicians who needed gangsters to buy votes come election time, and the taint of vote-buying has led many to question whether Taiwan’s remarkable transformation from authoritarian dictatorship to democracy, although largely free, was altogether fair.

“The KMT provided economic interests to create new local politicians, and the gangsters filled the vacuum. They were then fed the commissions of local construction and infrastructure works in exchange for vote-buying for their own elections and other KMT candidates at higher positions, such as county speakers, councilors, lawmakers, provincial governors — even the president,” says Huai-Hui Hsieh, opposition spokesman for the Democratic Progressive Party (DPP).

“I think the connection between gangsters and politics in Taiwan has not just put the DPP, but the democracy of Taiwan, at a huge disadvantage.”

Chao Yung-mao, an expert on Taiwan politics and the mob at National Taiwan University, told GlobalPost in 2010 that about 15 to 20 percent of local township and county councilors and township heads are gangsters. The numbers are especially large in rural central and southern Taiwan, where traditions and old-boy networks still run strong.

It’s not uncommon for high-profile politicians to turn up at the extravagant funerals and weddings of mobsters. In some cases the festivities and processions are so large that an entire city grinds to a standstill for hours at a time.

Then, there is the violence — the worst of which began in the late 1990s, during a period of rampant corruption called "black gold" politics. During that time, elected officials were gunned down, and at times, committed murders themselves.

In 2008, Lo Fu-chu’s son, KMT lawmaker and judiciary committee heavyweight Lo Ming-tsai, was implicated in Celestial Way business when two gangsters were shot — one fatally — in his office following a late night altercation at a karaoke bar. The younger Lo has denied any links to organized crime.

In 2010, Sean Lien, a KMT lawmaker and scion of powerful former party chairman Lien Chen, was shot in the face at a campaign rally by a mobster. The gangster later claimed he was targeting a different politician over a land deal gone wrong.

But it’s not all bad.

Despite the corruption and the violence, some pundits say that gangster-politicians in rural constituencies actually score high marks for governance because they are able to leverage national votes into infrastructure and services spending in their communities.

“In this part of the world, government participation at the grassroots level is not up to scratch and the vacuum is filled by triads. They can win the hearts and minds of people in their constituency because they fight for their interests,” says crime expert Lo Shiu-hing.