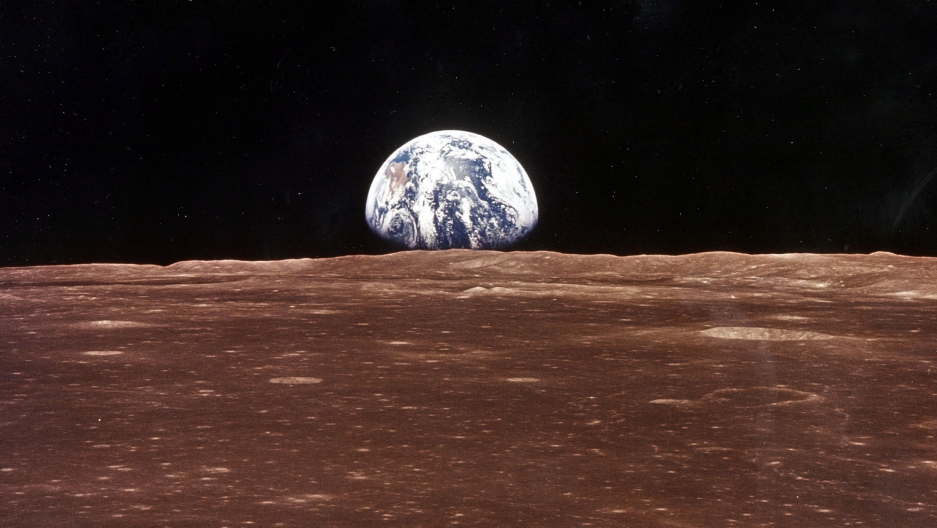 A view of the Earth appears over the Lunar horizon as the Apollo 11 Command Module. A group of scientists say earth is it its environmental tipping point.
Credit: AP/Getty
Share

Earth's environmental systems are at their tipping point, according to a new United Nations Environmental Program report.

The 525-page report took over three years to produce and involved 600 experts, according to UPI. The experts painted a very bleak outlook on the earth's future.

The report says the complete melting of the polar ice caps, desertification in Africa and deforestation of tropical jungles are closer than we think.

Historically the earth has experienced sudden dynamic environmental shifts such as the last glacier period, which LiveScience explained took the earth from being 30 percent covered in ice to its present nearly ice-free condition.

The researchers noted that this time it isn't the environment making these quick and sudden changes occur. This time it is humans who are accelerating the process and even aggravating delicate ecosystems.

“As human pressures on the earth ... accelerate, several critical global, regional and local thresholds are close or have been exceeded. Once these have been passed, abrupt and possibly irreversible changes to the life-support functions of the planet are likely to occur, with significant adverse implications for human well-being,” the authors said in the group's abstract published in the journal Nature.

"There is a very high possibility that by the end of the century, the Earth is going to be a very different place," study researcher Anthony Barnosky told LiveScience.

Barnosky explained that one can envision the changes to come as a fast-moving period of adjustment, where we get "pushed through a needle."

"As we're going through the eye of the needle, that's when we see political strife, economic strife, war and famine," Barnosky said.

The scientists have not lost all hope. UNEP executive director Achim Steiner said at a news conference in Rio De Janeiro that this report needs to be viewed as an indictment.

"We live in an age of irresponsibility that is also testified and documented in this report. In 1992 [when the first of the agency's five reports was released] we talked about the future that was likely to occur. This report 20 years later speaks to the fact that a number of the things that we talked about in the future tense in 1992 have arrived."

Steiner continued saying we have reached the point where we have nothing left to do but change.

"Change is possible. Given what we know, we can move in another direction."