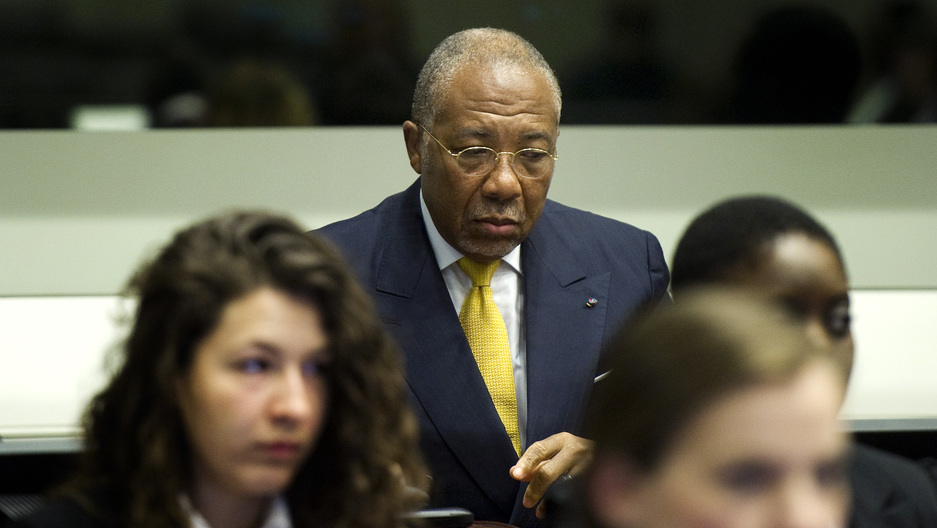 Former Liberian President Charles Taylor listens to the judge at the opening of the sentencing hearing at the court near The Hague, May 30, 2012. (Photo by Toussaint Kluiters/Reuters.)

Charles Taylor is going to prison.

For a very long time. Probably for the rest of his life.

On Wednesday, Judge Richard Lussick at The Hague sentenced him to 50 years in prison for war crimes, specifically for "aiding and abetting, as well as planning, some of the most heinous and brutal crimes recorded in human history."

According to The New York Times, Taylor is the first former head of state to be convicted in an international court since the war crimes trials of World War II. Taylor has promised an appeal, a process that could take as much as six months, the BBC said.

"The sentence is clearly excessive, clearly disproportionate to his circumstances, his age and his health and does not take into account the fact that he stepped down from office voluntarily," Morris Anya, one of Taylor's attorneys, said to the Times.

Prosecutors had sought an 80-year sentence and said they too were considering an appeal, in order to get a longer sentenced imposed. Taylor was convicted last month after a lengthy trial that began in 2006.

Taylor's is the last trial expected for the special tribunal that has been considering crimes coming out of the Sierra Leone civil war.

Taylor will remain in custdy in The Hague pending his appeals. Should those be exhausted and the conviction be upheld, Taylor will serve out his sentence in the United Kingdom.