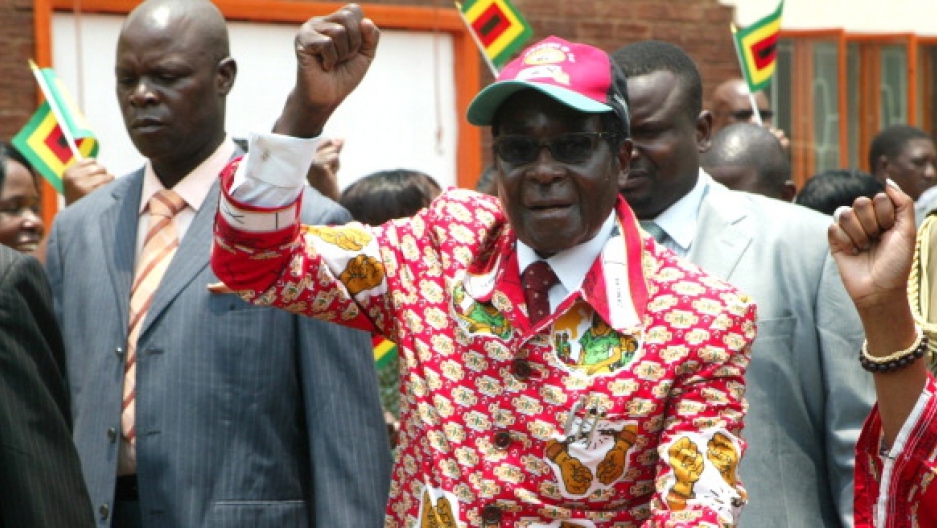 Robert Mugabe became the president of Zimbabwe in 1987.

Since then, one of Africa's longest-ruling dictators has been on a public crusade against homosexuals.

Here is a closer look at some of the things that have come out of his mouth on the topics of homosexuality and gay rights.

Just last week, speaking in Harare at a Women Empowerment conference of all places, Zimbabwe’s president expressed his latest views on homosexuality, The Zimbabwe Mail reports:

“When a man says he wants to get married to another man, we in Zimbabwe don't accept it. We can't talk of women's rights at all if we go in that direction. It will lead to extinction," Mugabe said. "Mothers were given the talent to bear children. That talent doesn't belong to men."

He also said that gay people are “below dogs,” as he had said many time before.

According to The Zimbabwe Mail article, he also shared his views on women‘s equality in the same venue:

"Our customs look down on women as inferior. Men pay cattle and money to get a wife and expect women to obey them. Women will surely lose. Men say that women are not as knowledgeable as us. The attitude of men still despises women."

Call me old-fashioned, but in a culture where men apparently despise women, wouldn’t homosexuality actually make a lot of sense? I guess not.

In February, Mugabe called British Prime Minister David Cameron “satanic“ and told him "to hell with you" over his calls to respect gay rights, as reported by AFP:

"Nature is nature. It has created male and female," Mugabe said. "You David Cameron, are you suggesting that you don't know that or is it some kind of insanity or part of the culture of Europeans.”

In 1995 Robert Mugabe hit the headlines when he said gay people “behave worse than dogs and pigs."

According to this story in Nehanda Radio, he also said:

“If you see people parading themselves as lesbians and gays, arrest them and hand them over to the police.”

In Nov 2011, according to Zim Online, Mugabe vowed to punish homosexuality “severely” and said it was un-Christian and un-African:

“Do not get tempted into that [homosexuality]. If you do fall for it we will punish you severely.”

During Mugabe’s 82nd birthday celebrations in February 2009, he said homosexuality was abhorrent and, according to this article in New Zimbabwe, Mugabe threw in the element of race:

"Leave whites to do that.”

According to a GlobalPost correspondent in Zimbabwe who wrote this story, Mugabe declared the following about gays to mark a Women’s Day ceremony two years ago:

“It is not worthy of discussion…Those that engage in such acts are insane. We cannot tolerate this, otherwise the dead will rise against us.”

“Obama’s stance supporting the legalisation of same-sex marriages should send a loud message to the world on why America should never be trusted in its claims of upholding human rights, and also how Obama should be condemned as not fit to rule,” said Chief Fortune Charumbira, Council of Zimbabwe, who is loyal to Robert Mugabe, “If Americans will vote for him they would have been turned into animals.’’

But that's a whole new story.