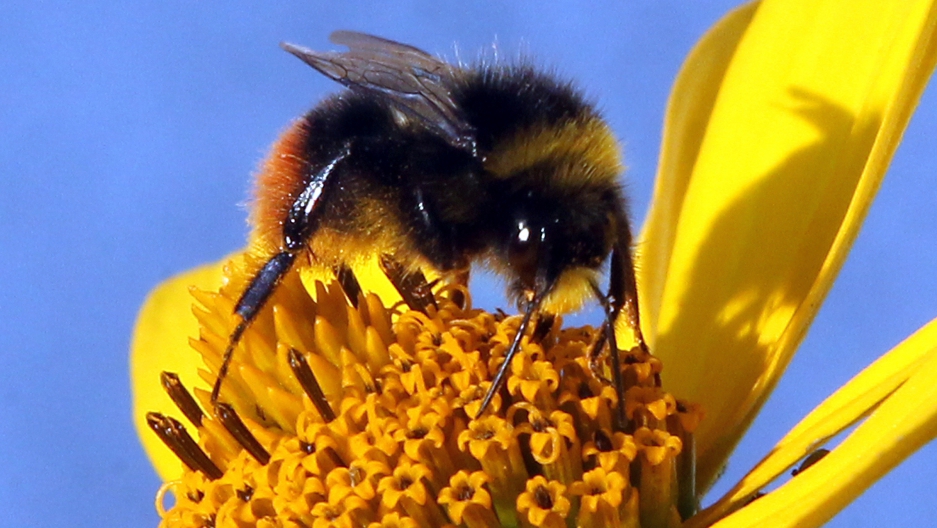 Researchers in the United Kingdom found conical cells in common types of flowers that help bees stabilize themselves during pollination.

According to the study, the bees grasp the gaps in the cells with their tiny claws in order to maintain their balance on the flower during windy days.

Read more on GlobalPost: Honeybees disappearing in the US (VIDEO)

“It’s a bit like Velcro, with the bee claws locking into the gaps between the cells,” Glover said, according to Red Orbit.

Previous research by the team has shown that bees prefer flowers with these cells when given the choice.

Mutant plants without the cells to grip were shunned by bees in favor of those with easy-to-grab footholds.

The findings were published in the British Ecological Society’s journal Functional Ecology.