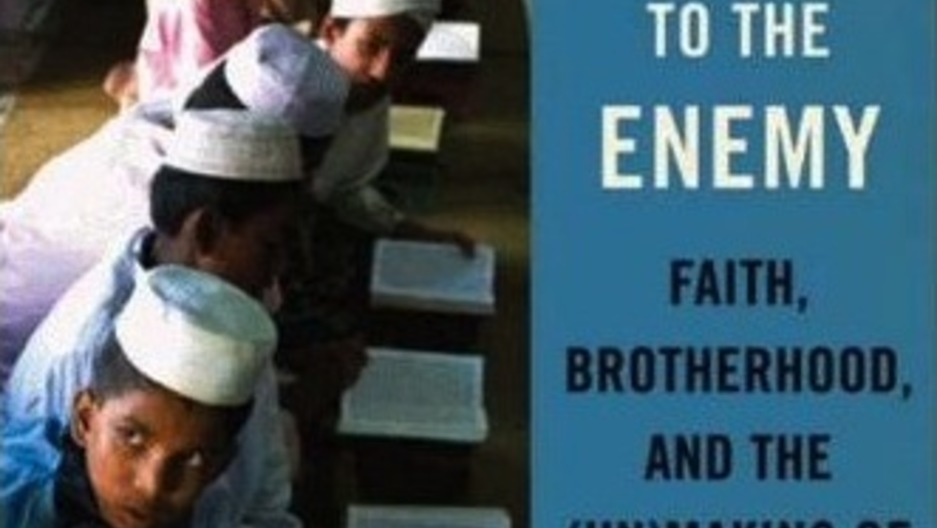 Scott Atran does not think terrorists are so different from the rest of society.

The anthropologist and author traveled to Bali, Morocco and across the Middle East interviewing Islamic terrorists to understand their actions for his book, "Talking to the Enemy: Faith, Brotherhood, and the (Un)Making of Terrorists." He says terrorists are motivated by core human values: brotherhood, loyalty and the dream of a better world.

Atran recounted interviewing a Christian priest who was in jail with several jihadis, including Imam Samudra, the master bomber responsible for the 2002 Bali bombing. Atran said the Christian priest and the jihadis bonded in jail, overriding religious differences to form a strong connection.

"This is the complexity of the jihad, it's not so simple," Atran said. "I interviewed Abu Bakar Bashir in prison, I asked him about the priest, and he says, 'yes he is my friend. I couldn't go to his funeral if he died because it would be a Christian funeral, but I want to make sure he is OK, and if he is ever sick, me and my wife will help him.'

After decades of conducting research and interviews with Islamic terrorists, Atran thinks the American government has the wrong idea about who their enemies are.

"They're talked about as either psychopaths or cowards. They're normal people who follow a career, mostly through friends and family and fellow travelers, like anyone gets into a network," Atran said. "It's people at a certain stage in their lives, usually young men trying to find, as young men do everywhere, significance and adventure and glory in their life."

Atran has devoted his career to understanding what motivates people to become terrorists in order to develop new ways to curb violence. After the 2004 Madrid train bombings, Atran traveled to the town in Morocco where four out of the seven terrorists who carried out the bombings grew up.

Outside the elementary school the terrorists had attended as children, Atran asked several students what they would like to be when they grow up. The kids named soccer stars, actions heroes, Osama bin Laden and President Barack Obama.

"What is this telling us? It's telling us that these kids are looking for something in life," Atran said. "They see this black guy from out of nowhere become head of the most powerful country in the history of the world. They see Osama bin Laden who took young men with four box cutters and changed the history of the world. They're weighing these possibilities for heroic, adventurous, glorious action."

In the early years after 9/11, Atran's approach to understanding terrorists was ignored. The prevailing perception of how terrorists operate was based on the idea that terrorists were impressionable people, brainwashed by calculating master recruiters to robotically perform gruesome acts on command.

According to Atran, terrorists are mostly normal people who are committed to a community, more than a cause.

For Atran, communicating this idea has been a challenge. While briefing the national security council staff at the White House during the Bush Administration, a member of Vice President Dick Cheney's staff asked Atran why young terrorists don't understand their actions will be reciprocated with American bombs.

In his book, Atran identified empathy as a powerful antidote to terrorism.

"Until Barack Obama's election, U.S. relief for Indonesian victims of the December 2004 tsunami arguably was the only significant victory since 9/11 in the struggle to prevent enlistment of future terrorists for jihad," Atran wrote.