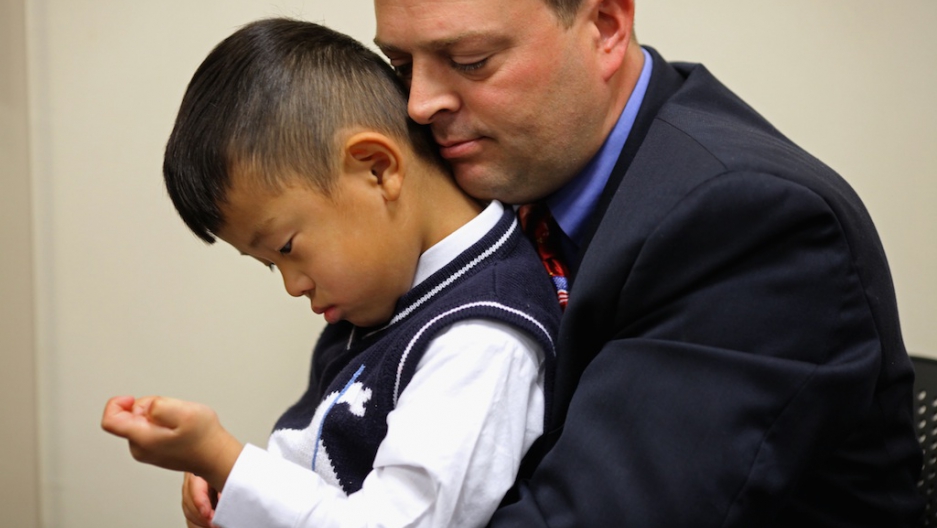 RALEIGH, North Carolina — Nate is now four years old. He is doing better after four months in his new adopted home in Indianapolis, but he has a long way to go to turn the corner after three years of living in a squalid Vietnamese orphanage.

It’s possible that he’ll eventually thrive like a kid who had a family from the start, but the deck is stacked against him. This is because he lost those critical developmental years to an orphanage. It’s tragic because he was approved for adoption all the way back in 2008, but diplomatic inertia and a blind faith in bureaucracy robbed him of a prompt placement with a family.

International adoption is at a crossroads. A powerful negative stigma now envelopes the issue, in part because of media coverage that lurches from controversy to controversy, without focusing on the powerful positive impact adoption has on children’s lives. The system is in shambles, and we’ve seen a 50 percent drop in successful international adoptions over the last five years.

Confronted with these facts, you’ll hear a range of different excuses, but most only cloud the issue. There is simply no good reason that the international adoption system should escape scrutiny and repair. It was built with the best of intentions and is largely governed by the voluntary Hague Convention on Inter-Country Adoption. Why are diplomats propping up The Hague as the final answer on international adoption, even as the numbers of adoptions continue to fall?

No story exposes the problems with international adoption as clearly as the one involving “The Bac Lieu 16” children of Vietnam. These children each arrived at an orphanage in rural Vietnam, a poor province disconnected from the central government, in 2008. The children, all infants, slept on wooden slats in cribs without mattresses. Many developed tooth decay and skin ailments from unsanitary conditions and malnourishment. Water was scarce, as was human contact and nurturing love. But a glimmer of hope emerged when these babies were matched for adoption with American families.

What should have been the beginning of a positive new chapter in their lives instead became a mess of broken promises, red tape and bureaucracy gone wrong.

Around the time the Bac Lieu children were matched with the adoptive families, the United States was subjecting adoptions from Vietnam to increased scrutiny. Many of the allegations of fraud were unsubstantiated. Ultimately, the allegations became so loud that Vietnam chose to end its international adoption agreement with the US.

In response, the US, UNICEF, and other countries began to encourage Vietnam to join The Hague, which was characterized as the cure for all that ailed the Vietnamese adoption system. Before reform and implementation began, the US and Vietnam both promised families in process that their cases would be completed; these so-called “pipeline” cases included the Bac Lieu 16.

Bac Lieu provincial officials moved slowly, and in some cases not at all, in preparing the paperwork for the pipeline cases to move forward. Meanwhile, the US seized on small irregularities in the documentation — for example, one child’s birth date was off by two days — as evidence of continued fraud in the Vietnamese system, despite the fact that birth parents had already provided DNA evidence proving paternity in that case, and many others.

Before the Bac Lieu cases were finalized, Vietnam announced that it would join The Hague, and passed new laws changing the way international adoptions would be handled throughout the country. Almost immediately, Vietnam, without explanation or justification, said the then-pending Bac Lieu 16 adoptions could not be completed. In the same diplomatic note, however, Vietnam also said these cases could begin anew when the new laws took effect in January 2011. The US then also issued denials for the cases, and based the denials entirely on Vietnam’s denial. The children had already grown from infants to toddlers as the bureaucratic dance continued. The children would continue to wait for new paperwork to be completed, similar to the paperwork that had already taken years to prepare.

As Senator Richard Lugar (R-IN), an ardent advocate for orphans, said in a letter to the State Department at the time, the US had broken its promise to the American families and consigned the Bac Lieu kids to “diplomatic oblivion.” Lugar joined Senators Marco Rubio (R-FL) and Mary Landrieu (D-LA) in placing a hold on the Obama Administration’s nominee for ambassador to Vietnam until the children’s cases became a priority for the Department of State. Eventually, the Department of State prioritized these cases and in July 2011, an agreement was reached to move the Bac Lieu cases forward and the hold was released.

In January 2012, thanks to the relentless efforts of the families, 11 of the 16 children from Bac Lieu came home to their waiting American families. Five of the Bac Lieu kids were no longer considered eligible for international adoption. Three of those were approved for domestic adoption in Vietnam and two are reportedly going to be reclaimed by birth parents.

In February 2012, on the same day Vietnam became a full member of The Hague convention, the US announced that it will not partner with Vietnam under The Hague, because the US does not believe Vietnam has yet become fully Hague-compliant. Today, Vietnam remains closed to US adoptions. Unfortunately, similar stories have played out in other countries as well, including Nepal, Cambodia and Ethiopia. As a result, far too many children are consigned to diplomatic oblivion, and are languishing in orphanages around the world.

Why must this be?

Asked another way, the question is: Why do people have to hire me, an international adoption attorney, to help them navigate an enormously complex, time-consuming and expensive system? And why is the bureaucracy of both countries, Vietnam and the United States, dysfunctional to the point that children like Nate are deprived of a loving new family during critical, early developmental years”?

I wish I could put myself out of business and go back to doing corporate litigation. I also wish that other avenues for promoting orphan welfare made international adoption unnecessary, but this is not realistic in a world where, by some estimates, more than 100 million orphans are living.

We need to break the stigma and negative media cycle around adoption, in part by telling more stories of how adoption can be the most powerful transformative force in a poor, neglected child’s life. If we do that, we can create space for a discussion about how to create a system that is both safe and efficient at getting kids into families. There are a range of changes to consider:

1. Words matter. The definition of orphan needs to be made consistent globally. At both the national and international level, far too much time and energy is spent arguing about what constitutes an orphan and far too little time is spent trying to find solutions that serve these children. Orphans occupy a very complex place at the intersection of child welfare, immigration and diplomacy, and the needs of these children must be better defined and dealt with more directly.

2. Proper channels. The U.S. is the only country in the world that houses its central authority for adoption issues at its foreign ministry rather than its health ministry. Child welfare should never be an issue that gets caught up in politics and international diplomacy, and we need to figure out whether agencies overseeing immigration or health are better suited to the task.

3. Update international regulations. The Hague convention on adoption, which was written in the early-1990s, needs to be updated for the 21st-century, with a focus on using technology to increase the amount and quality of data about individual orphans, which can help streamline the approval system without sacrificing safeguards for children. The Hague convention also needs to be given teeth, so compliance to promote the best interests of children is required and not voluntary.

The U.S. has always been ahead of the pack on child welfare, but this is a case where a misguided belief in the sanctity of treaties and bureaucracy has taken focus away from what’s really best for children. We need to reinvigorate our leadership on adoption and we need to demand accountability. There are millions of orphans like Nate, and countless prospective adoptive parents, that are holding on to hope that we can do better than the status quo.

Kelly Ensslin is a lawyer who created an international adoption legal practice in 2008 after her own struggle to bring her daughter home. Since then, she has helped dozens of American families complete the adoptions of their children from all over the world. Kelly is the proud mother of two children, a daughter from Vietnam and a son adopted domestically.