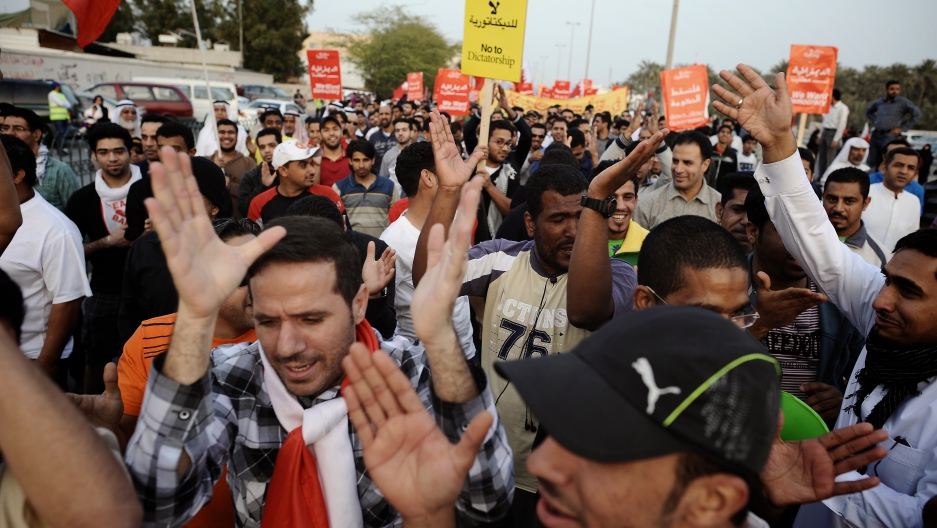 Tens of thousands of Bahrainis demonstrated Friday over plans to boost ties between the Gulf kingdom and Saudi Arabia, the latest instance of bold dissent coming out of a yearlong uprising against the government there, reported The Associated Press.

The demonstration, the largest seen in months, revealed widespread distrust of Saudi presence in Bahrain. Protesters shouted slogans like“The land is not for sale" as well as chants against the Bahraini leadership, said The New York Times.

Bahrain has been in political turmoil for the last 14 months, with the mainly Shiite-led opposition rising up against the the ruling Sunni monarchy in a move inspired by the recent overthrow of longtime leaders throughout the Arab world. More than 40 people are believed to have been killed 1,600 arrested as authorities moved to quell unrest in a crackdown that has been condemned by rights groups.

Saudi Arabi has floated a plan that would boost its ties with five other Persian Gulf monarchies, a suggestion welcomed by Bahrain’s ruler but denounced by opposition groups as threatening the country's sovereignty, reported The New York Times.

CNN said the opposition also said the proposals -- the details of which were unclear -- would be used as part of the government moves to quell unrest.

The move reflects a broader power play at work in the Middle East, with Bahrain a pawn in an ongoing power struggle between Saudi Arabia and Shiite Iran. Gulf leaders have delayed a decision on the Saudi proposal.