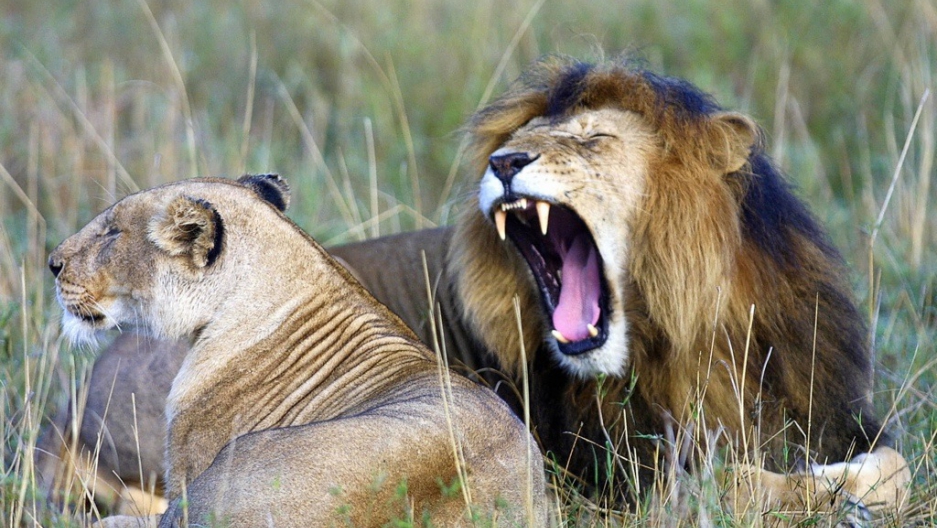 NAIROBI, Kenya — Lions prowled through posh suburban gardens here recently, frightening residents and reminding them that they live in Africa, after all.

In the latest incident of growing conflict between humans and wildlife in East Africa, a lion stalked an upmarket suburb of Nairobi for months before being shot dead by park rangers.

The lioness was one of a group of six that in January left Nairobi National Park, a 30,000-acre nature reserve surrounded on three sides by the city, and took up residence in Langata, a smart neighborhood of big houses and large fenced gardens.

Langata is fast being engulfed by Nairobi’s unstoppable urban sprawl, but only 20 years ago it was almost rural. A few decades before that it was lions and other wildlife, not people, to which the area was home.

“The lions have not strayed from anywhere, it is people who have moved into their area,” said Paul Udoto, a spokesman for Kenya Wildlife Service (KWS), the national authority responsible for the country’s parks and animals.

Nevertheless, KWS announced this month that it had been forced to shoot dead one of the lions. “The lioness that has created fear among residents of Mukoma Road in Karen/Langata adjacent to Nairobi National Park has been killed,” KWS said in a statement.

Udoto said that KWS set seven traps but none succeeded in catching the lions. At 10 a.m. on May 2, local residents told the rangers they had seen one lion and four cubs and a capture team was dispatched.

“Efforts to capture her, however, failed when it aggressively charged at the rangers and veterinarians who were preparing to dart her,” said Udoto. “The four healthy young cubs have been successively rescued and are at the Nairobi Animal Orphanage,” a facility adjoining the national park.

More from GlobalPost: The war to save Africa's rhinos

The remaining lion — another female believed to be the mother of the four cubs, and the daughter of the killed lion — was successfully captured a week later but has since “escaped from custody and gone back into the wild,” according to Udoto.

The lioness is believed to be back in Nairobi National Park, one of the three dozen lions who live there.

Langata residents are more sanguine than most about having lions loose in their neighborhood. Dick Hedges, who has lived in Langata for half a century and writes a blog for Old Africa, a magazine website, said he was “fairly used to it.”

“Years ago it wasn’t even an event, they were down the bottom of the garden every few days. We still get cheetahs, warthogs and all sorts of monkeys,” he said.

Hedges added, however, that when one of the lions recently slept on his neighbor’s lawn for a night no one dared venture out.

There were no cases of the lions attacking people, but in January they reportedly killed at least one giraffe at a sanctuary in Langata. Officials at the Giraffe Center, a popular tourist attraction established to help breed endangered Rothschild giraffes, refused to comment on the reported incident.

Udoto is primarily concerned about the welfare of the lions. “The lions are not a threat, it is the people who are a threat,” said Udoto. “Lions have been there for many, many years but people have moved in and blocked the areas the wildlife was using," he said.

In a two-week period late last year, at least three lions were killed on the Kitengela plains southwest of the park after they mauled cattle.

“The indigenous people had been living with these animals,” he said referring to the Maasai who traditionally roamed the Nairobi plateau with their cattle, “but it is the rest of us who have moved in and now are crying foul.”

Confronted with reduced hunting grounds and fewer antelope to eat, Kenya’s lion population of 2,000 may become extinct in less than 20 years, according to the New Scientist.