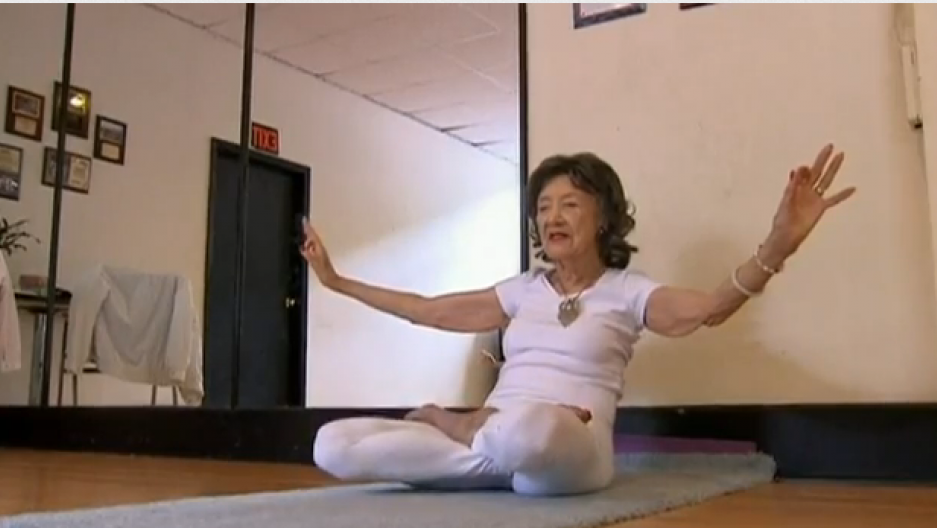 Tao Porchon-Lynch was just named the world's oldest yoga teacher by the Guinness Book of World Records. Lynch is 93-years-young.

Lynch found her love of yoga growing up in Pondicherry, a French colony in India, however it was not until the age of 73 that Lynch made a career out of yoga, according to CBS.

Lynch now lives in New York and has taught hundreds of students both in her studio and around the world. MSNBC noted she has followers in India, France and the US.

In her website biography, Lynch is described as, "a living advertisement for how to tap into our human potential. She is unique in her ability to overcome the effects of aging to control her body and mind in harmony with Yoga’s principles."

More from GlobalPost: Yogi fight: Bikram takes on Yoga to the People

According to Lynch, she has lived an incredibly full life. She worked as a cabaret dancer in London during World War II. It was there that she won the title of "best legs in Europe." Following this, Lynch went on to find work as a model and actress, according to MSNBC.

Of her accomplishments Porchon-Lynch said, “I believe that we can always reach just a little bit further. I’m inspired to bring yoga into others’ lives along with helping people unearth new talents.”

Tao’s philosophy is, "There is nothing we cannot do if we harness the power within us."