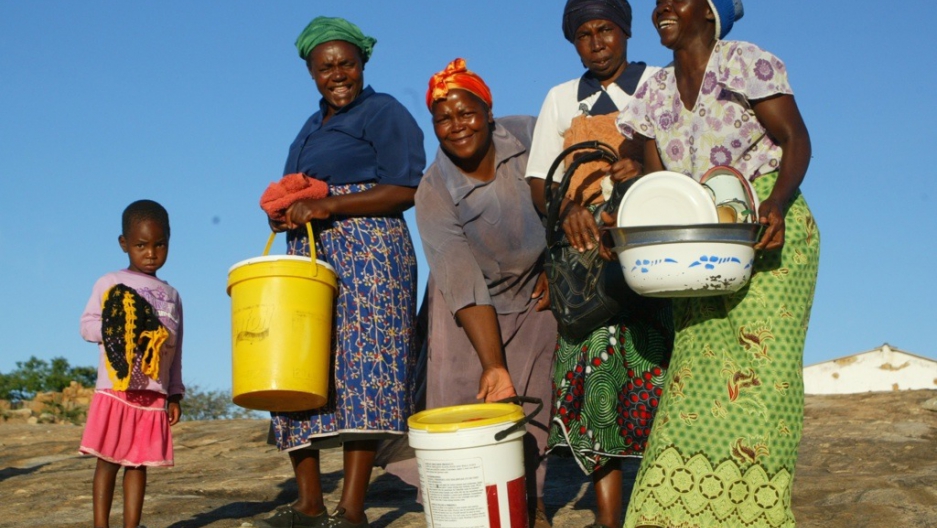 Make women less attractive by forcing them to shave their heads and to stop taking baths. Those are the suggestions of Morgan Femai, a senator for  the opposition Movement for Democratic Change representing Chikomo.

“What I propose it that the government should come up with a law that compels women to have their heads clean-shaven like what the Apostolic sects do,” said Femai, when speaking to a parliamentary HIV awareness workshop in the central city of Kadoma on Friday, according to Nehanda Radio.

“They should also not bath because that is what has caused all these problems,” said Femai, who added that if women dressed in shabby clothes and were uglier, then men would not drawn to have sex with them.

Femai also proposed that Zimbabwean women should be circumsized.

Zimbabwe’s HIV prevalence is currently at about 14 percent of the adult population, down from a high of more than 30 percent more than  10 years ago, according to Unicef.

The parliamentary workshop was sponsored by the Zimbabwe Parliamentarians against HIV (Zipah) with assistance from the National Aids Council, the UN, and Zimbabwe Lawyers for Human Rights, reported the Zambian Watchdog.

Zipah was established to promote Aids awareness among legislators. From Femai's comments, it looks like the organization has a lot of work to do. Zipah is also encouraging legislators to take voluntary tests to find out their HIV status.

“The workshop is aimed at sensitizing ourselves in the implementation of our objectives on curbing the spread of HIV and Aids and to ensure that members appreciate the response (to the pandemic) by Zimbabwe,” said Blessing Chebundo, the chairman of Zipah and an MDC member of parliament from Kwekwe, according to Nehanda Radio.

Femai is the third MDC-T legislator to offer weird, unscientific suggestions on how to reduce HIV infections.

Sithembile Mlotshwa, an MDC senator from Matobo, recently said people should have sex once a month and that men should be injected with drugs that reduce their libido, reported All Africa. She also called for prisoners to be given sex toys to satisfy their sexual needs.

Another MDC legislator, Thabitha Khumalo, suggested that prostitution should be legalized to control the spread of HIV, reported Bulawayo 24. She vowed to assist commercial sex workers form a trade union to fight for their rights.

Here are my suggestions: How about using condoms? Waiting until marriage to have sex? Reducing the number of sexual partners? Those are proven ways to reduce the HIV infection rate, according to HIVAware.