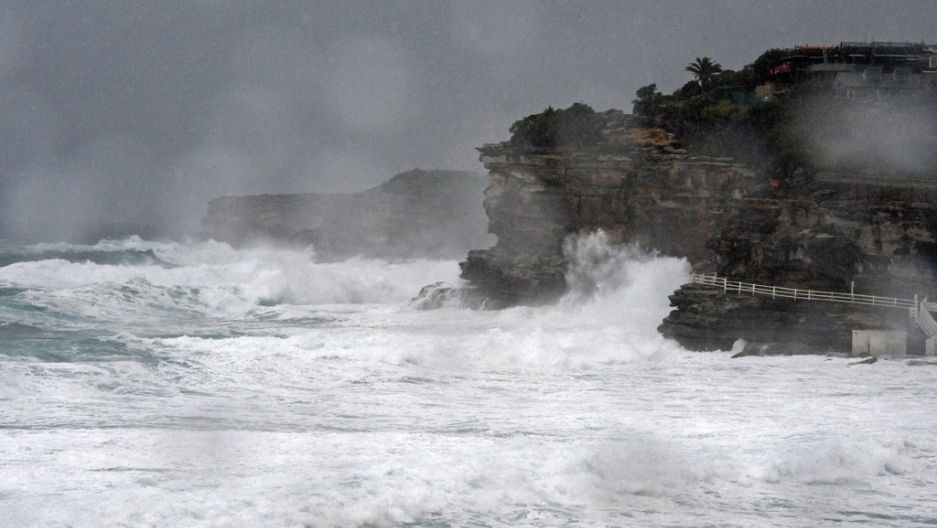 Wild surf breaks on cliffs on the coast of Sydney. Don Ritchie, a local hero who was also known as "the angel of the Gap," prevented at least 160 suicides off of Sydney's coastal cliffs at Watson's Bay. He passed away Sunday at 85.
Credit: Torsten Blackwood
Share

Ritchie, who was 85, lived near the cliffs at Watson's Bay in eastern Sydney, and became known as "the angel of the Gap" for talking people out of taking their lives at the notorious suicide spot, ABC News Sydney reported. He was

Ritchie, a former navy seaman and life insurance salesman, died of natural causes surrounded by friends and family, who say Ritchie saved closer to 500 lives, according to ABC News.

In his earlier years, Ritchie would physically restrain people from jumping off the cliff while his wife called the police, UPI reported. However, as he got older, he would simply offer distraught people at the edge of the Gap a cup of tea and someone to talk to.

Father Tony Doherty from Rose Bay Parish and a good friend of Ritchie's told ABC News about the first time he saw Don literally talk someone off the ledge.

"I watched this figure gradually encourage [a man] to come back to the safety of the cliff," said Father Doherty. "He has this wonderful soft, appealing voice that encouraged this little fellow not to jump."

Ritchie won numerous community awards and a Medal of the Order of Australia for his efforts, and was named an Australian local hero of the year in 2011, according to the Telegraph. He also received gifts, Christmas cards, and letters from those he saved, sometimes a decade or two later, the Telegraph reported.

"Those who knew him knew he was a very strong person and a very capable person," Ritchie's daughter Sue told AAP News on Monday. "It was just something that he saw and that he had to do something about."

More from GlobalPost: US military suicides high even as wars wind down

However, Ritchie was not always successful in his attempts to stop suicides, according to the Telegraph. He saw several people jump, including one instance where he spoke to a quiet young man who "just kept looking straight ahead,"  Ritchie told The Sydney Morning Herald in 2009.

"I was talking to him for about half an hour thinking I was making headway," said Ritchie. "I said 'why don't you come over for a cup of tea, or a beer, if you'd like one?' He said 'no' and stepped straight off the side his hat blew up and I caught it in my hand.''

Ritchie was honored by Malcolm Turnbull, a member of Parliament whose constituency covers The Gap, on Twitter on Sunday.

Don Ritchie, whose courage and compassion saved so many lives at the Gap, died yesterday. A true hero, one of our greatest Australians. RIP

"He was a unique man," Diane Gaddin, a suicide prevention advocate whose daughter died at the Gap, told ABC News. "He is a beacon and inspiration to not only us in Australia but the world because it takes courage, bravery, tenacity standing on the cliff edge and encouraging someone not to take the final step. He was a gentle, persuasive man who offered them hope with warm, embracing words."