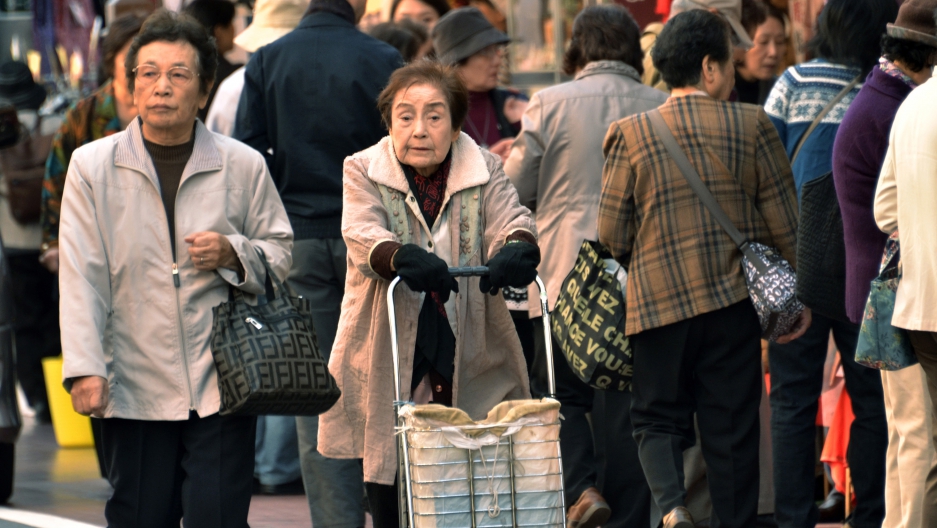 Japan's population is expected to shrink by 30 percent by 2060, due to high life expectancy and low birth rates.

Japanese could become extinct in 1,000 years if current population trends continue, according to researchers.

Researchers at Tohoku University Graduate School of Economics in Sendai unveiled a population clock — available on the university's website — that showed the nation ending up with no children aged under 15 by May 18, 3011.

The calculation is based on the fact that the current population of children aged up to 14 — 16.6 million — is shrinking at the rate of one every 100 seconds, Agence France-Presse reported.

The researchers reportedly did not take into account potential disasters, wars, or other global changes.

"If the rate of decline continues, we will be able to celebrate the Children's Day public holiday on May 5, 3011 as there will be one child," AFP cited Hiroshi Yoshida, an economics professor at Tohoku University, as saying.

"But 100 seconds later there will be no children left. The overall trend is towards extinction, which started in 1975 when Japan's fertility rate fell below two."

The overall population of Japan plummeted more than 259,000 in the first nine months of 2011, according to government figures released in April, the Daily Yomiuri reported.

Children under 15 hit a record low of 13.1 percent, while the number of people over the age of 65 was at its highest ever at 23.3 percent—giving Japan one of the highest populations of elderly in the world.

More from GlobalPost: Japan: Population to shrink by 2060

AFP cited another study, released earlier this year, showing that Japan's population was expected to shrink to a third of its current 127.7 million over the next century.

The birth rate was projected to hit just 1.35 children per woman within 50 years, well below the replacement rate.

Meanwhile, more than 20 percent of Japan's people are aged 65 or over, one of the highest proportions of elderly in the world.

The population clock’s percentage change will be adjusted every year based on the latest government figures, the Kyodo news agency reported.

"By indicating it in figures, I want people to think about the problem of the falling birthrate with a sense of urgency," Yoshida said, according to Kyodo. "[By showing the clock,] I hope to accelerate discussions about effective ways to avert the crisis."

More from GlobalPost: The global pressures of population and access to clean water