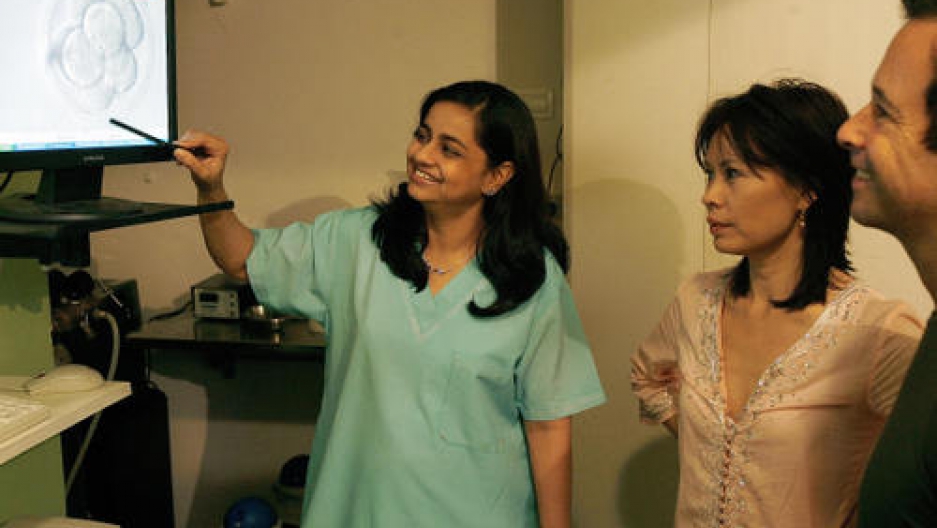 This one is a vegetarian! As in vitro fertilization (IVF) grows in India, doctors say caste-conscious couples are increasingly demanding "Brahmin" sperm.
Share

Infertile Indian couples demand "Brahmin" sperm, even in India's cosmopolitan cities, according to doctors who specialize in in vitro fertilization (IVF).

"In India, it's well known that couples shopping for sperm demand both looks and brains," writes the Times of India. "What isn't so well known, despite being fairly commonplace, is a more outrageous request: caste-based sperm."

No more outrageous than lynching an actual human being for daring to drink from the high-caste well or some such (a type of crime that has yet to disappear from the pages of India's newspapers), I would argue. But it's as good evidence as any that notional modernity is not having much impact on India's more unpleasant traditions.

I've lived in India too long to be surprised. And I'm certainly not stunned that "the elite" are any slower to drop discrimination than the poor.

Recently, GlobalPost highlighted caste discrimination at India's most prestigious universities -- where Dalit students (from the castes once known as "untouchable") say they are treated especially badly because they've dared not just to seek an education, but to storm the gates of the most elite institutions. And many of my close Indian friends -- sophisticated in every other way -- would be forced to admit that they do not allow their maids to use their toilets (Yes, just like in that egregiously sappy film) or serve them water and tea from a "special" cup.

But there's a shocker buried in the story.

The IVF doctors featured in TOI say they don't comply with caste-based requests. But it turns out that they are actually compelled to keep data on the RELIGION of sperm donors by the Indian Council of Medical Research. So you may not be able to select Brahmin sperm, but you can be sure to choose Hindu, Muslim, Christian or Sikh.

So much for science.