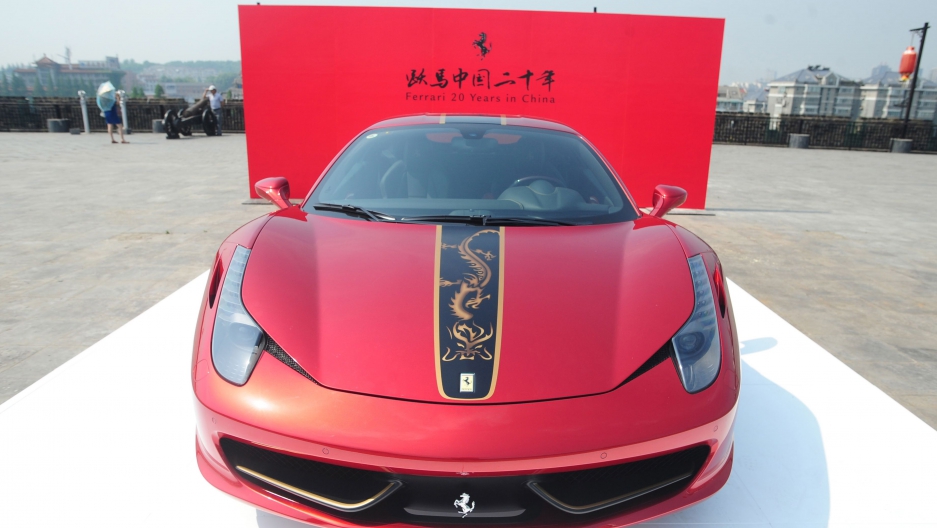 In a photograph taken on May 7, 2012 a limited edition Ferrari 458 Italia is displayed on Nanjing’s 600-year-old city wall.
Credit: AFP
Share

Italian automaker Ferrari has apologized after one of its sports cars drove on top of a centuries-old Chinese monument as part of a promotional event.

A screeching special edition Ferrari 458 Italia was filmed wheel-spinning on top of a 600-year-old wall in the city of Nanjing on Sunday night, in the run-up to an event celebrating the 20th anniversary of the Maranello-based firm’s entry into the Chinese market, China’s official news agency Xinhau reported Wednesday.

According to the Agence France Presse, the stunt left tire tracks on the ancient city wall, possibly permanently damaging the protected landmark, which was built during the early Ming dynasty. The incident is particularly unfortunate as outlandish displays of wealth and extravagance (the car in question is worth $954,000) are frowned upon in China.

In a statement, Ferrari said it “has always respected Chinese traditional culture and values the protection of historical and cultural relics,” adding that it “deeply regrets the incident,” Bloomberg reports.

According to the BBC, most public anger has been directed at city officials in Nanjing following the emergence of reports suggesting they had allowed Ferrari to rent out the wall for around $12,000.

City officials denied the claim, but the BBC reports that the word Ferrari has since been blocked on Chinese microblogs, perhaps to contain criticism of the officials in question.

More from GlobalPost: China's red royalty - a look at the rich and privileged