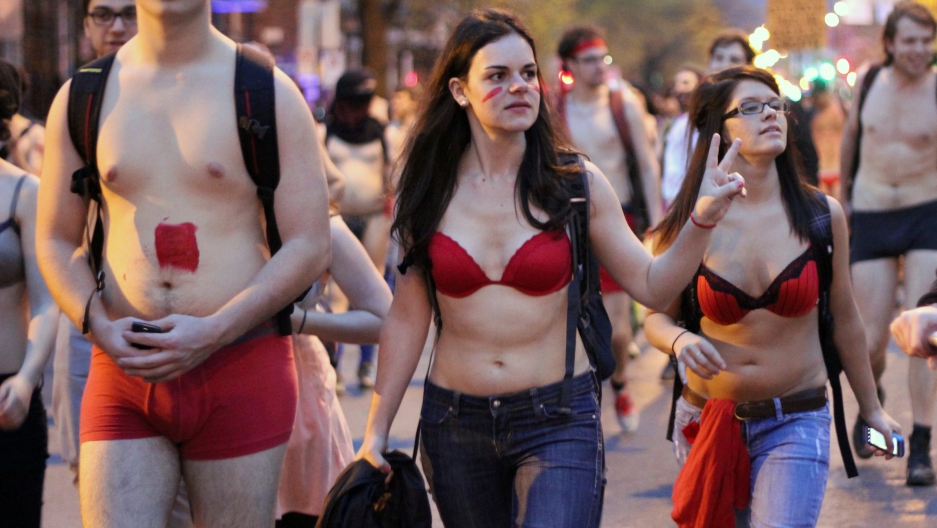 Semi-dressed student protesters march against tuition hikes in Montreal on May 3. Thousands of students paraded in various states of undress through the streets of Montreal in opposition to tuition hikes.
Share

Scores of semi-dressed university student protesters marched against proposed tuition hikes in Montreal on May 3. The demonstration was originally billed as a totally nude march, but most students stripped down to underwear instead, many with body paint. Some 170,000 students went on strike, by some media accounts, to protest plans to raise tuition by $325 per year to an annual $3,800.