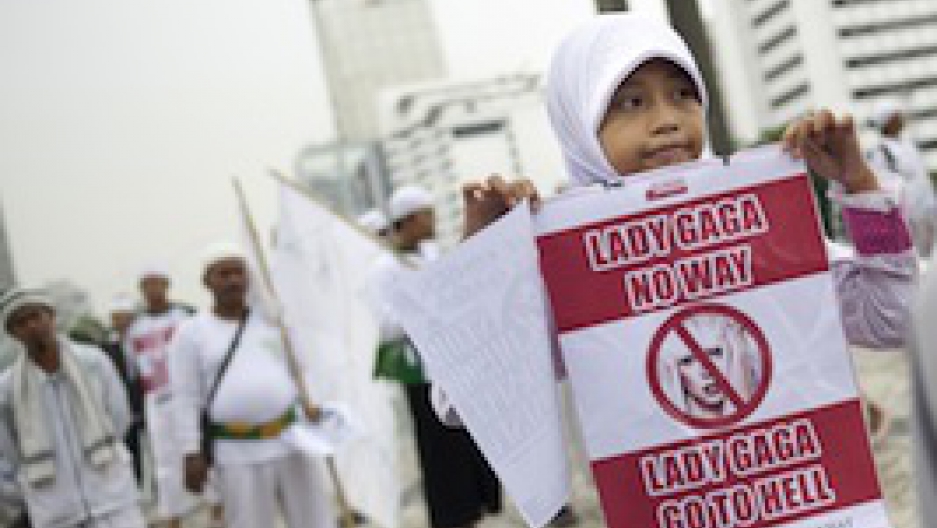 Indonesia has only four weeks to brace for a satanic invasion that could forever blacken the nation's morality.

That's right. Lady Gaga will perform in the sprawling capital, Jakarta, on June 3.

But religious hardliners, in line with mainstream clerics who declare her sold-out show "forbidden," are not standing idly by.

The Islamic Defenders Front, a vigilante group GlobalPost profiled in late 2010, vows to disperse all 60,000 concertgoers with a righteous posse of six men, the Jakarta Post reports.

According to local outlet Kompas, the front believes Gaga is "bringing the faith of Satan to our country."

It gets better. The anti-Gaga crusade has also dispatched children to warn the city away from the pop diva's corrupting influence.

As you can see in the photo to the left, a little grl is urging Gaga to sub out her Jakarta stop for an even hotter locale: hell.

And according to this tyke in fuschia bunny ears, Lady Gaga is a "zionist agent" and an "evil queen."