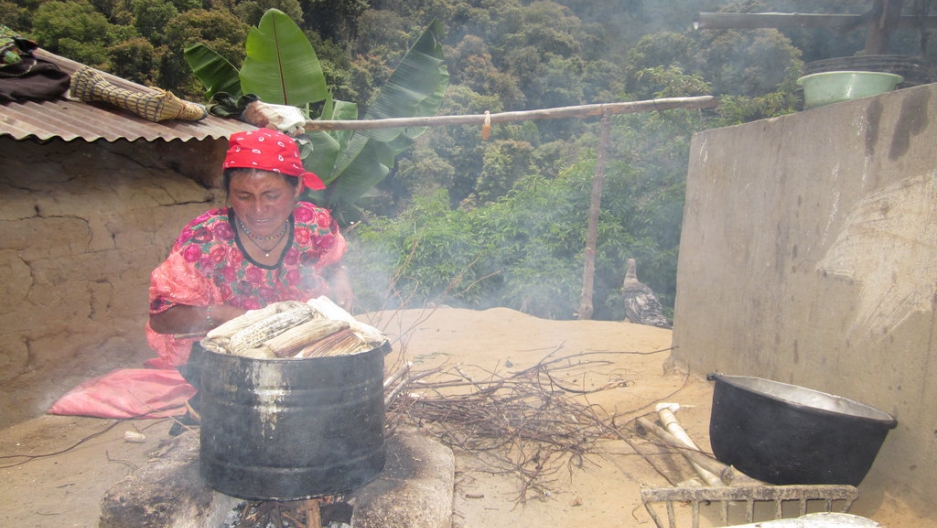 QUETZELTENANGO, Guatemala — Ana Rosi Noviega Alanzo wanted to see how the other half lived.

Last weekend, the 21-year-old college student from Quetzeltenango, Guatemala's second largst city, was among 6,000 volunteers bussed out to Guatemala's most impoverished pueblos to spend the last weekend of April with families affected by malnutrition.

"It's a part of Guatemala that we don't know," said Alonzo, who studies nutrition at Universidad Rafael Landivar, referencing the firm separation between rich and poor, city and pueblo dwellers in Guatemala.

According to the United Nations' World Food Program (WFP), Guatemala has the fourth highest malnutrition rate in the world, and the highest in Latin America. Half of all children in Guatemala under age five suffer chronic malnutrition. Guatemalan national paper Prensa Libre reports that eight out of 10 indigenous children are chronically malnourished.

Chronic malnutrition, which is the most severe form, causes irreperable damage in children including stunting and decreased mental development.

As part of last weekend's activity, titled "Tengo Algo Que Dar," which translates to "I Have Something to Give," volunteers ate with the families who hosted them.

Alonzo said her host family in Huetancito, a farming village about two hours outside of Quetzaltenango, ate only small portions of beans and tamales. She said the there were a lot of flies and animals in the kitchen, as well.

"There was a lot of contamination," she said.

Tengo Algo Que Dar was organized by 2012 Despertemos, a grass roots initiative that aims to build connections between existing non-profit and acivist organizations in Guatemala, and inspire greater community involvement among Guatemalans.

"What it preaches is to break the stigma of Guatemalans not being able to work as a team. What we intend to do is break that paradigm and basically prove, and it's a challenge, that we can work with the government and the private sector, and we can work with citizens," said architect Alejandro Biguria, 35, who is one of the founding members of Despertemos.

Many citizens do not trust government officials, who are known for corruption ranging from use of government funds for personal purposes to implication in politically driven murders.

Despertemos was launched in December and the first "detonator," as Biguria refers to Despertemos events, took place in January. It was organized by youth leadership organization Jovenes por Guatemala.

Eighteen thousand people climbed to the top of 3,760 meter high Volcan de Agua near Antigua, Guatemala, and formed an enormous pink heart with "2012" in written in blue in its center. The activity was intended to raise awareness about domestic violence.

WFP director for Guatemala, Guy Gavreau, said activities such as Tengo Algo Que Dar can begin to bridge the divisions among Guatemalans that often hamper progress.

"This country, it's cut in two," he said. "You have to make sure the people here in the big city, they understand the situation" in the pueblos.

In February, the Guatemalan government launched a program called Hambre Cero, which aims to cut the country's malnutrition rate by 10 percent by the end of President Otto Perez Molina's four year term.

Gavreau said that if the government follows through on its promises to provide fortified flour and seeds, anti-parasite drugs and other aid to struggling pueblos, necessary progress can be made.

"The government has to do something otherwise this country won't be competative for the next generation," he said. "For the first time the government recognizes the problem."

As part of Hambre Cero, the government provided Tengo Algo Que Dar with security and bags of beans, rice and flour for volunteers to give to host families.

Engineering student Jhannine Mejia, 24, an event coordinator for volunteers leaving from Quetzaltenango, said she did not realize the government was involved when she decided to participate. She said that had she known of the government's involvement, she would not have gone on the trip.

"I don't want to be a pawn," she said. She added, however, that she thought the event was effective at raising awareness about malnutrition in Guatemala.

When Alonzo returned from Huetancito, she simulated her experience for her family by serving only tamales and beans for dinner. She said she hopes that in her future work as a nutritionist, she can help Guatemalans struggling with food insecurity and that she thinks families like the one that hosted her would be benefit the most from better education.

"They don't have the opportunities we have," she said.

Check out GlobalPost's Special Report Healing the World for more.