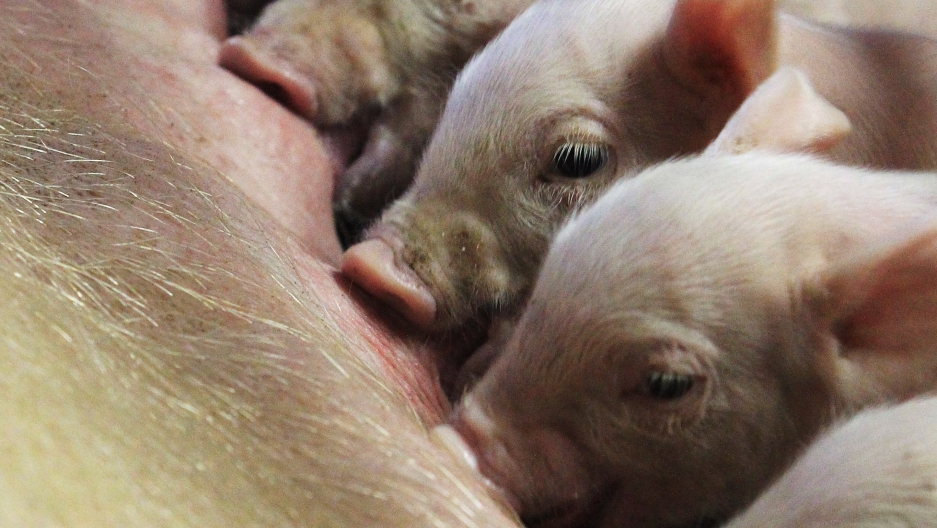 The coffee giant, with 20 percent of its over 4000 outlets in the United States, said that it wanted its suppliers of pork and eggs to end the use of gestation crates for sows and crowded henhouses.

The move comes after pressure from the humane societies in the US and Canada on fast food chains to improve animal welfare among its suppliers.

The Oakville, Ont. based chain said that it will be asking pork suppliers to phase out gestation stalls - tiny pens that hold pregnant pigs - by the end of the year, reported the Globe and Mail.

It also vowed to buy 10 percent of its eggs from suppliers that use larger housing systems for chickens, providing a more natural environment.

“We believe there are better, more humane and sustainable housing systems that can improve the quality of animals’ lives,” said CEO Paul House in a statement, reported the Financial Post.

“Striking a balanced, realistic solution for the farming community, which will need to make significant investments in new buildings, is also essential, and we fully recognize this will take time.”

The move comes just days before an annual meeting of the company's board where the issue will be discussed.

“Tim Hortons’ condemnation of gestation crates today sends another signal to the pork industry that it can’t just keep confining animals in these extremely tight cages,” said Matthew Prescott, a spokesperson for the US Humane Society, according to the Toronto Star.

According to the Financial Post, it is estimated that 97 percent of egg-laying hens in the US are housed in what has been termed "non-enriched" cages - those that are particularly confining and do not allow for natural behaviors such as nesting.

Gestation crates are used with about 70 percent of breeding sows in the United States.

Those numbers are unknown in Canada.