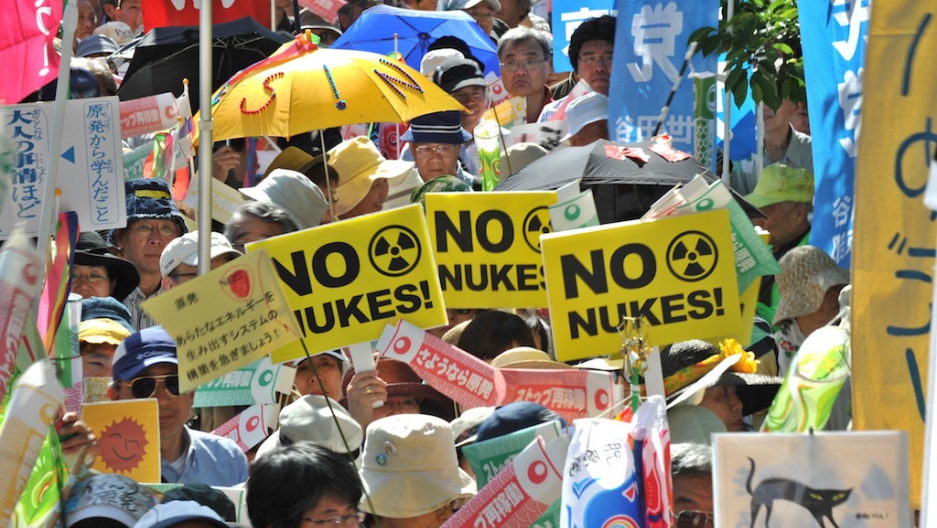 Japanese gather at an anti-nuclear demonstration in Tokyo today, which is also Children's Day, calling for a safer future for younger generations.
Share

Thousands of Japanese took to the streets today in celebration as the country became nuclear-power free for the first time since 1970.

According to the Associated Press, the shutdown of the reactor at Tomari nuclear plant on the northern island of Hokkaido means all of the country’s 50 reactors are now offline.

The reactors have been closed for maintenance following last year’s devastating earthquake and tsunami that triggered a meltdown at the Fukushima plant in the country’s northeast, Reuters reported.

The disaster, which killed nearly 20,000 people and caused potentially harmful radiation leaks, pummeled public faith in nuclear power and the government is likely to face major opposition to the reactivation of the reactors, according to the Guardian.

The AP said Japanese authorities must prove the reactors can withstand quakes and tsunamis, as well as get the green light from local residents, before they can restart them.

But electricity producers have warned that the country – the world’s third biggest user of atomic energy -- could face a power shortage during the hot-summer months due to the closure of the reactors. This could hurt the country’s manufacturing sector.

Japan's cabinet last year called for the creation of a nuclear safety agency to restore domestic and international confidence in nuclear power. But the government missed the April 1 deadline as politicians argue over how the agency will operate, the Washington Post said.

More from GlobalPost: Japan: Homecoming at 'hotspots' despite radiation