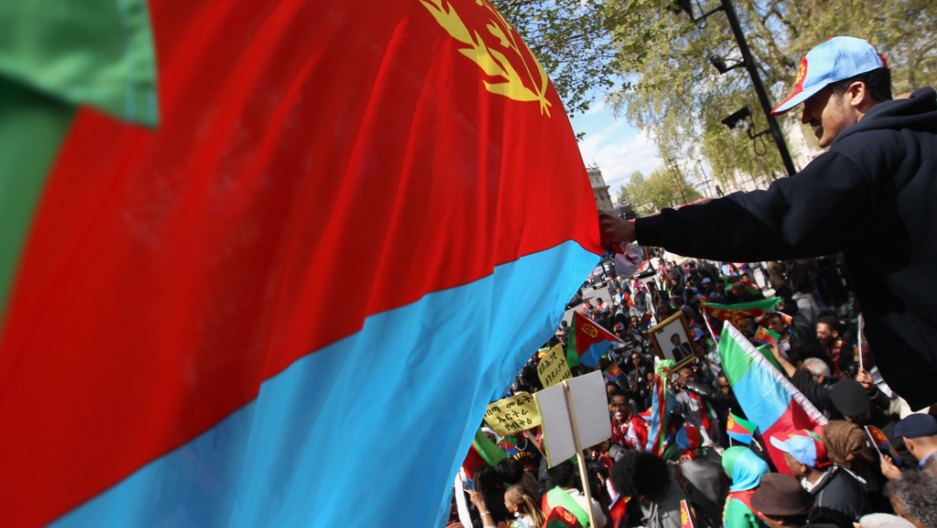 An Eritrean demonstrator waves his national flag while taking part in a demonstration on Whitehall on April 30, 2012 in London, England.
Credit: Dan Kitwood
Share

Eritrea is the world's most censored country, according to the Committee to Protect Journalists.

The East African nation on the Red Sea, led by President Isaias Afewerki, won that ranking for refusing to allow foreign reporters into the country and keeping all domestic media tightly controlled by the government.

All Eritrean journalists must work for the state-owned media, and as if that isn't enough, state agents tell journalists what to report. If a journalist is suspected of sending a story or information out of the country they can be jailed without charge. Access to the internet can only be through the state-owned EriTel.

Afewerki came to power in 1993 amid hopes that he would bring a new era of openness to the country, after a bitter war to win independence from neighboring Ethiopia. No such luck.

The top 10 list of most censored countries was issued in honor of World Press Freedom Day, today.

In North Korea, the official news service, the Korean Central News Agency, produces nearly all content for local media. Although some foreign reporters are granted limited access to the Hermit Kingdom, they are always under surveillance.

Syria has imposed a blackout on independent news coverage for more than a year, unleashing physical attacks and electronic sabotage to disable means of communications. Don't forget the death of distinguished foreign correspondent journalist Marie Colvin.

Censorship is not limited to any one region as is shown by the other countries in the top 10: Iran, Equatorial Guinea, Uzbekistan, Burma, Saudi Arabia, Cuba and Belarus. The CPJ includes a world censorship map that shows how press restrictions are spread across the globe.

Also rans that did not quite make the top 10 include: Azerbaijan, Ethiopia, China, Sudan, Turkmenistan, and Vietnam, reports the CPJ.

“In the name of stability or development, these regimes suppress independent reporting, amplify propaganda, and use technology to control rather than empower their own citizens,” said Joel Simon, executive director of the CPJ. “Journalists are seen as a threat and often pay a high price for their reporting. But because the internet and trade have made information global, domestic censorship affects people everywhere.”

The new censorship ranking is an update of a list published in 2006. It was determined according to 15 benchmarks including the blocking of websites, restrictions on electronic recording and dissemination, the absence of privately owned or independent media, restrictions on journalist movements, jamming of foreign broadcasts, and blocking of foreign correspondents. All countries on the list met at least 10 benchmarks. Now you know.