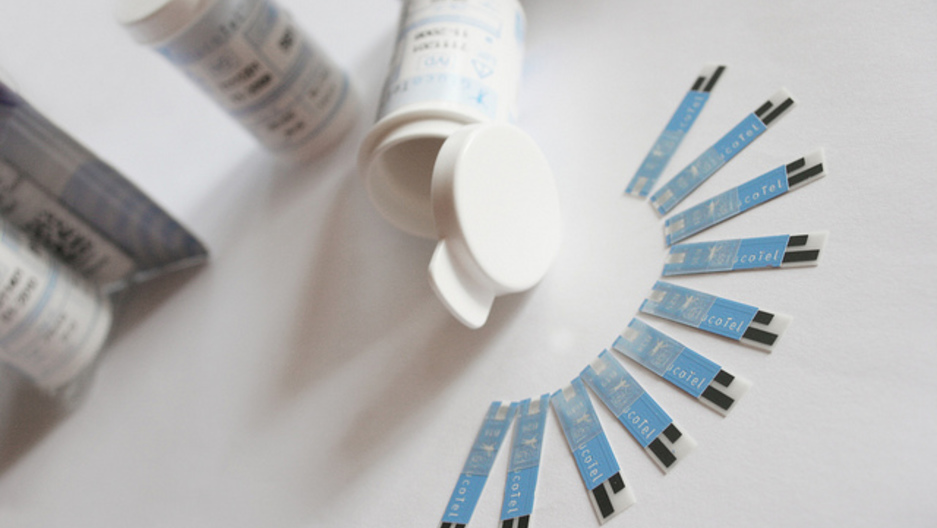 Researchers are now saying that prevention may be the only available treatment for the disease. (Photo courtesy of bodytel via Flickr.)

A new study, released Sunday by the New England Journal of Medicine, paints a stark picture of how Type 2 diabetes is now afflicting America’s youth

According to the study, Type 2 diabetes, a disease once reserved almost exclusively for adults, is harder to treat in children and teens and progresses more rapidly.

Dr. David Nathan, an author of the study, director of the diabetes center at Massachusetts General Hospital, and professor of medicine at Harvard Medical School, said in the past, the disease, once referred to as adult-onset diabetes, was rarely seen in children.

“Now we’re seeing it because of the increase in obesity in this population as well as in the entire U.S. population, so that there are now children presenting with what used to be an old person’s disease,” Nathan said.

The study, which is the first major study to examine type 2 diabetes in children, has found that as obesity has become more prevalent in children, so too has Type 2 diabetes. Until the 1990s, children were rarely diagnosed with the disease. Now, there are 3,600 new cases a year in children and teens.

“The idea of the study was to determine what was the best therapy using models that we’d used in adults with Type 2 diabetes. And unfortunately, although we did demonstrate that a two-drug therapy seemed to work better than the other interventions that were tested, none of the methods really worked that well,” Nathan said.

In order to prevent the long-term complications of diabetes, researchers worked to control blood glucose levels more intensively to keep the average level as close to the non-diabetic range as possible. However, Nathan said they were unable to keep the study participants from worsening. The researchers found that almost half of the participants failed to maintain stable blood sugar levels, and many had to go on insulin within months.

“That suggests that if we don’t do a better job of that, that they may be in for trouble later on in their lives because they may develop more problems associated with diabetes such as eye disease, kidney, and nerve disease," he explained.

The study seems to suggest it is harder to change behaviors in children than adults.

Sara Chernov, a college senior at Goucher College and a participant in the study, was diagnosed with Type 2 diabetes when she was 16. She agrees with the study’s findings.

“I definitely think it’s harder to change behaviors in children, just because we’re set in our ways and we’re stubborn sometimes,” she said.

According to Chernov, through research and support she received in the study, she was able to better understand the disease and change her lifestyle.

However, she said she understands why other children may struggle with the disease.

“I think there’s definitely struggles when dealing with children, especially when you have to tell them that it’s something chronic and they’re going to have this for the rest of their life. But, at the same time, I do think that things can change and children especially are able to make those changes once they understand and can comprehend what’s going on,” she said.

One of Nathan’s colleagues said the biggest message he took away from the study is that preventing this disease from occurring is probably the only treatment available at this point.

“If we can prevent people from getting as overweight as they are, if we can change the eating patterns, if we can increase the activity levels in school and elsewhere, maybe we can prevent this from happening,” he said.

Chernov said an important part of treatment is the support systems and the doctors involved in the process.

"I think that lack of understanding for children especially, was difficult," she said. "There is so much more to what it means to be Type 2 diabetic than just being obese. I don’t think anyone’s ignoring it anymore. People are talking about it all the time.”