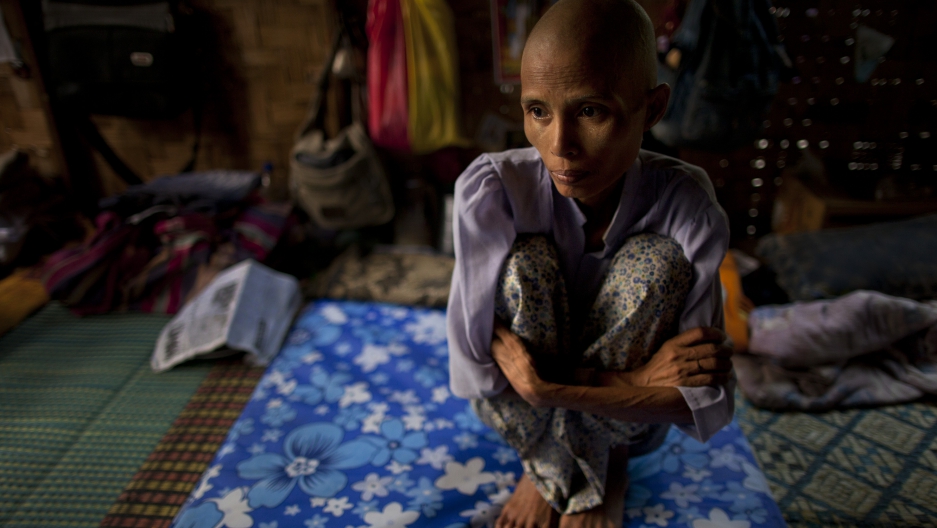 Ma Gyim , 41, a victim of HIV/AIDS sits on her bed after shaving her head at the HIV-AIDS Care and Prevention center April 5, 2012 in Yangon, Myanmar.
Credit: Paula Bronstein
Share

A UN Secretary-General report released Monday said that countries were not on track to meet 2015 targets set out last year at an HIV/AIDS meeting.

"In his report he highlights the urgent need to achieve immediately tangible results and for the AIDS response to be smarter, more strategic, more efficient, and grounded in human rights," said Eduardo del Buey, deputy UN spokesman, according to China Daily.

According to Prensa Latina, last year's meeting on HIV/AIDS set the goal of providing antiretroviral therapy to 15 million people and to put an end to new infections in children by 2015.

Currently about seven million people in low to middle income countries are getting the treatment - well short of the upcoming target.

It is estimated that about 34 million people worldwide have the virus.

The report says that a number of countries in Asia, Eastern Europe and Africa have seen a rise in HIV infections in recent years, despite declining rates overall.

The use of injection drugs has become a leading cause of HIV infections in Eastern Europe and Central Asia, whereas unprotected sex remains the primary culprit in Africa.

The Associated Press reported that funding to fight the scourge has been inadequate.

The report says that $22 to $24 billion is needed to achieve the goals.

The Secretary General's report also highlights a number of positive achievements including about 2.5 million deaths that have been averted since 1995 due to an increase in antiretroviral therapy.

It is also estimated that 350,000 new infections in children have also been averted.