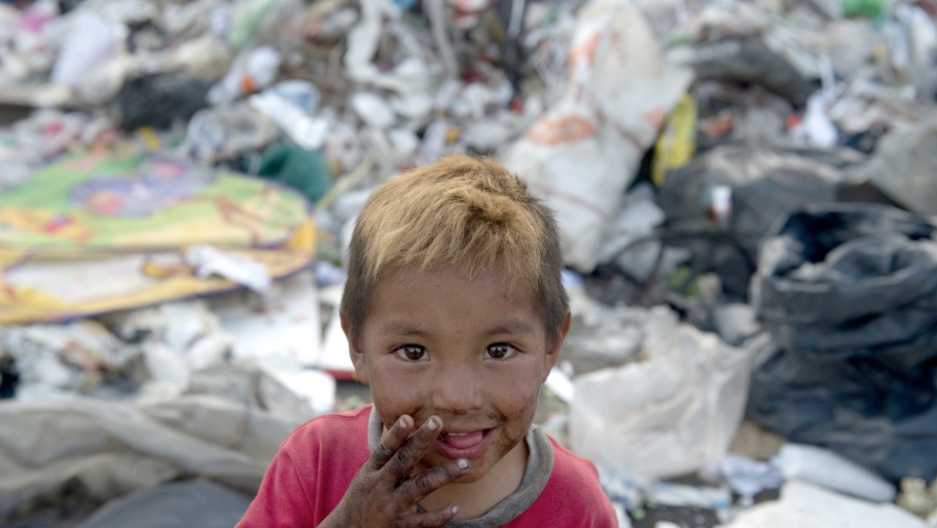 A little scavenger boy smiles at the 'Bordo Poniente' garbage dump in Mexico City, on January 18, 2012. Some six thousand tons of garbage from the second most-populated city in the world has been deposited here for about twenty five years until its closure last month.
Credit: Yuri Cortez
Share

The news was released days ahead of the celebration of Children's Day in Mexico on April 30.

The group hopes the scathing report, which is based on official statistics, will pressure Mexican authorities into action, according to FOX News Latino.

More from GlobalPost: Will Mexico's Felipe Calderon strike a nerve in Havana on human rights?

The report said most of these young workers, a group ranging from five- to 17-year-olds, are forced to work in order to survive or help support their families, said FOX. The majority work in poor conditions, put in long hours, and are often the victims of abuse.

Half of them -- over one million -- are not even compensated for their labors, said the report, according to the Argentina Independent.

The rights group has also started a nation-wide awareness campaign under the slogan "No se vale mano pequeña" ("Not if it’s made by young hands") as part of ramped-up efforts to publicize the issue, said the Independent.