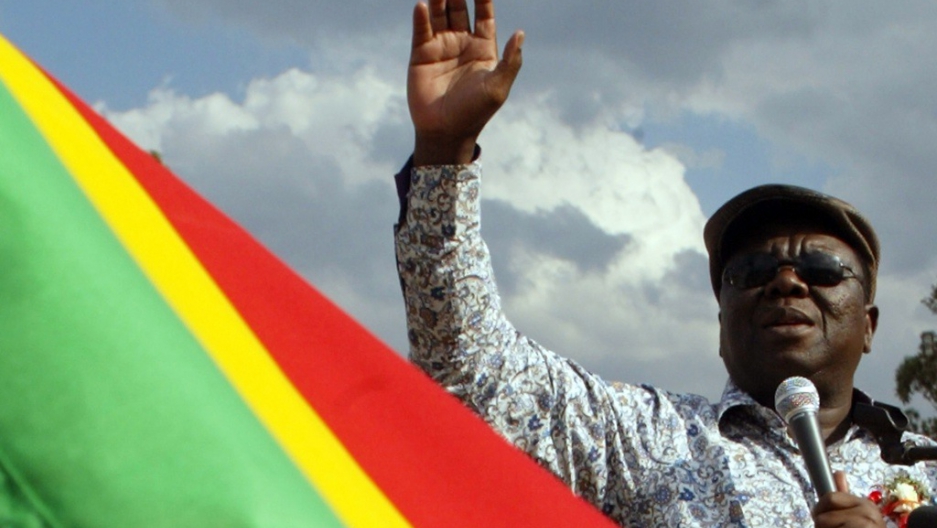 Zimbabwe's economy has been hurt by toxic policies that have scared away investors, said Prime Minister Morgan Tsvangirai.

Tsvangirai did not hold back on his criticism of President Robert Mugabe's economic policies, speaking in the country's second city, Bulawayo, to exhibitors at the Zimbabwe International Trade Fair.

"Our major setback in dealing with these challenges to achieve our full potential has been our bad and poisonous politics," said Tsvangirai. "Our uneasy coalition has bickered more than it has collaborated to set the correct tone for economic growth and development."

"Our experience has shown that only a legitimately elected government, and not a coalition, can develop and implement a common vision and programs that will deal with the massive unemployment and poverty that Zimbabwe currently faces," he told business people at the trade fair, according to The Zimbabwean.

In particularly Tsvangirai is critical of Zimbabwean President Robert Mugabe's indigenization policy to force all businesses and mines to cede 51 percent of their stock to black Zimbabweans. He said it will frighten off investors, both local and foreign.

Tsvangirai said that 80 firms had closed down in Bulawayo, losing 20,000 jobs.

Tsvangirai did have some words of praise. He described the Distressed Industries and Marginalized Areas Fund (Dimaf), a $40 million fund set up as a collaboration between the government and the investment firm, Old Mutual Zimbabwe, to give financial assistance to troubled firms, according to Bulwayo24.

Tsvangirai's remarks were surprisingly tough for the trade fair, where most officials speak of Zimbabwe's economic prospects in the most glowing terms. Zimbabwe showcases its industry at the trade fair and foreign countries promote products to be imported into Zimbabwe.

It's like a big county fair with lots of stands showing the latest products made in Zimbabwe and displays of planned expansion projects featuring charts and graphs of projected growth.

My favorite part is the Eskimo Hut, a soft-serve ice cream stand right at the entrance to the trade fair, which is a landmark I always visited when in Bulawayo.

Since Zimbabwe's political and economic crisis hit in 2000, however, the fair has declined, with exhibitors staying away and fewer visitors attending.

This year the trade fair has succeeded in attracting the return of Italy, Germany and Poland. However there are no American, British or Russian firms showing at the fair.

Chinese firms dominate this year's show, said ZITF public relations and marketing manager Nomathemba Ndlovu, according to Voice of America. Ndlovu said that 98 percent of the exhibition space has been rented by local and international firms.

Zambian President Michael Sata will officially open the fair on Friday. More than 800 exhibitors and over 112,000 members of the public attended the event last year. South Africa’s Deputy Trade and Industry Minister Elizabeth Thabethe, is leading a group of companies exhibiting at the ZITF.