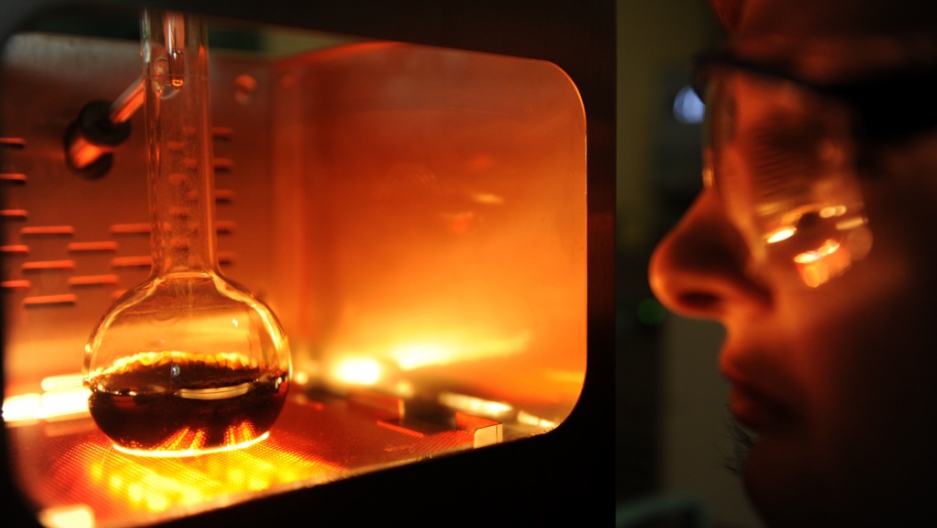 A picture taken on April 8, 2011 shows an employee as she examines oil on the Russian LUKOIL ice-resistant fixed platform LSP-1, built at the Astrakhansky Korabel shipyard. Some experts believe that while other commodity prices may change, oil will remain expensive.
Credit: Mikhail Mordasov
Share

Citi has warned the commodity supercycle is ending as the Chinese driver slows.

But one commodity that could stay expensive is oil. Citi's Kingsmill Bond offers this insight in a report on oil power in Russia:

Oil is different — We see Russia as a play on oil, and oil is different to the rest of the commodity complex thanks to the power of the OPEC cartel and the political fragility of the supply side. Unlike most other commodities, oil has many drivers outside Chinese infrastructure investment; as the only major commodity to rise in price in real terms during the twentieth century, its investment and price cycle has been quite different to that of the rest.

In fact this is one area where Chinese demand can keep growing, judging by historical growth patterns: See Also: The 10 Largest Oil Deposits In The World >

This Is The Most Fashionable City In America

These 10 Corporations Control Almost Everything You Buy

Meredith Whitney: State Finances Are Still Doomed, And These Three States Are In The Most Trouble

Another Poll Of Independents Spells CATASTROPHE For Obama

Here's What Actors Are Actually Snorting, Smoking And Drinking In Films

The City Of Edmonton Will Totally Catch You By Surprise