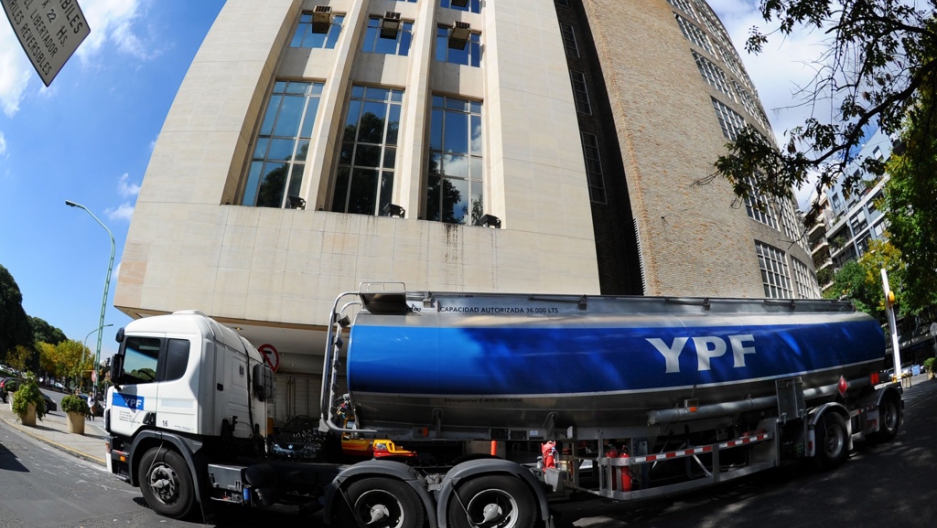 Argentina’s Senate has approved a controversial government bill to nationalize the country’s biggest oil company, YPF, paving the way for likely approval by the lower house next week.

President Cristina Fernandez announced on national television last week that her center-left government would seize a controlling 51 percent share in YPF from the firm’s Spanish owner Repsol, in order to boost state control over Argentina’s crude reserves and stem a rise in fuel imports.

Sixty-three senators voted for the bill in the early hours of Thursday morning, with three parliamentarians voting against and four abstaining, leaving little doubt as to the popularity of the expropriation, The Wall Street Journal reports.

“We want YPF as a tool for developing the country,” opposition Senator Ernesto Sanz said, justifying his support for the legislation which is expected to pass easily in the Lower House of Congress next week.

More from GlobalPost: Argentina wants its oil back

The move has been condemned by Spain, and the European Union has threatened to bring the case to the World Trade Organization. Some observers have warned that the nationalization may have negative consequences for foreign investment in Argentina, the BBC reports.

However, most Argentines support the move to renationalize YPF, which was privatized in the early 1990s after 70 years under full state control.

Many blame the privatizations and other liberal, free-market reforms enacted in the ‘90s for the financial meltdown that hit the country in 2001/2002, according to Reuters.

Repsol’s chairman, Antonio Brufao, has vowed to fight the move in international courts if necessary, with the firm seeking $10 billion in compensation for its stake in YPF.