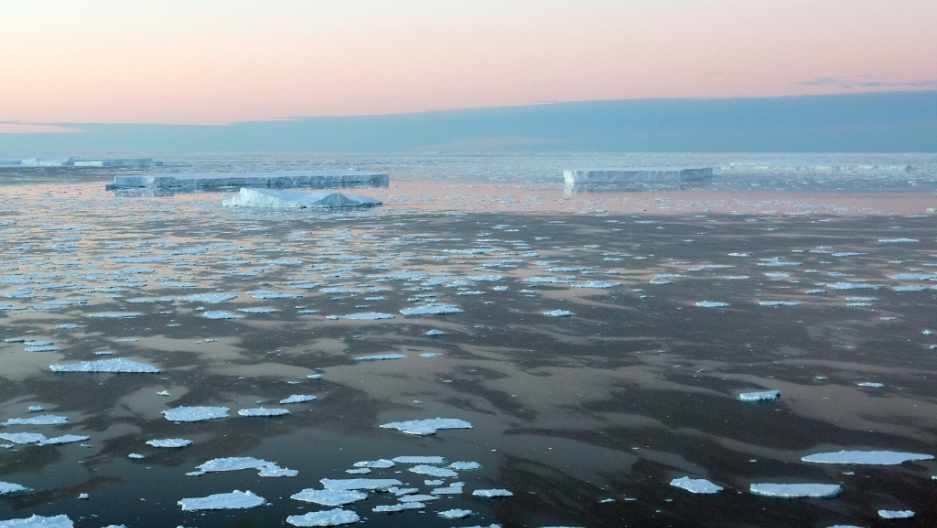 A breakthrough study published in Nature today attributes the melting of Antarctica's huge ice shelves to warmer ocean waters underneath them, findings that could mean sea levels will rise more quickly than previously thought, according to the Associated Press.

Scientists had been mystified by the rapidly-melting ice shelves, some theorizing that the culprit was warmer air temptures believed tied to global warming, said AP.

The study identified a total of 20 ice shelves being melted by warmer waters below them. Glaciologist and study co-author Hamish Pritchard told AP that sea temperature are rising due to a variety of weather factors ranging from wind changes to restive currents to the effects of greenhouse gases.

Pritchard described the ice sheets "highly sensitive" to environmental changes, which may help explain why as much as 23 feet of ice is disappearing from Antarctica's western side per year, according to AP.

BBC said the project tracked a total of 54 Antarctic ice shelves between 2003 and 2008.

The team's work is a part of the European Union-funded program ice2sea, which focuses on sea level changes in Greenland and Antarctica. The project is expected to publish its projections for this century and the next within the year, said BBC.