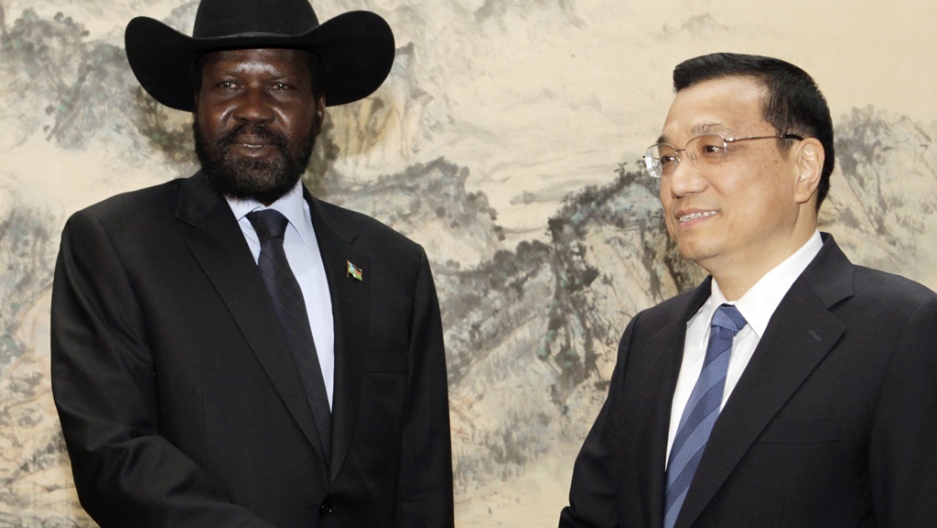 Step by step, Sudan and South Sudan have been moving ever closer to outright war.

Belligerent rhetoric has been matched by bombing raids and artillery fire, with each country accused of acts of aggression.

Now the international community — the United Nations, the African Union and the United States — are stepping in to find a way to negotiate a resolution before the two countries go to war.

But here's a game changer: China is also urging talks between the two Sudans.

More from GlobalPost: On Location Video: China's problem with Sudan

Chinese President Hu Jintao, whose country has significant oil and business interests in both Sudans, told South Sudan's President Salva Kiir on Tuesday that the two Sudans should return to talks.

China has generally protected Bashir's regime at the UN, voting against sanctions in Security Council resolutions over Darfur. If China now presses the Khartoum government, this could persuade Bashir to come to the negotiating table.

China is finding itself in an uncomfortable position with the Sudans. It buys oil from both countries and has good trade relations with both countries. And it sells weapons to Sudan, which are being used to bomb South Sudan.

Sudan's bombing this week of Bentiu, South Sudan, happened as South Sudanese president Salva Kiir was visiting China on a mission to improve diplomatic and trade relations. Kiir made a public announcement in Beijing that the bombing were, in effect, a declaration of war by Sudan. Kiir cancelled his planned visit to Shanghai to return to South Sudan.

If there was any doubt, China is now aware of the severity of the problem and the need to push for negotiations between the two countries.

It also provides a rare opportunity for China to work in concert with the US.

"Both of our countries have special envoys who are in very close touch," Cui said, reported Reuters.

"China and the United States are working on the issue through our own channels. We hope Sino-U.S. cooperation on this issue will pay off," he said.

South Sudan became independent from Sudan on July 9, 2011, but the two countries did not resolve several outstanding disputes including the exact position of their border and how much the landlocked South should pay to transport its oil through Sudan.