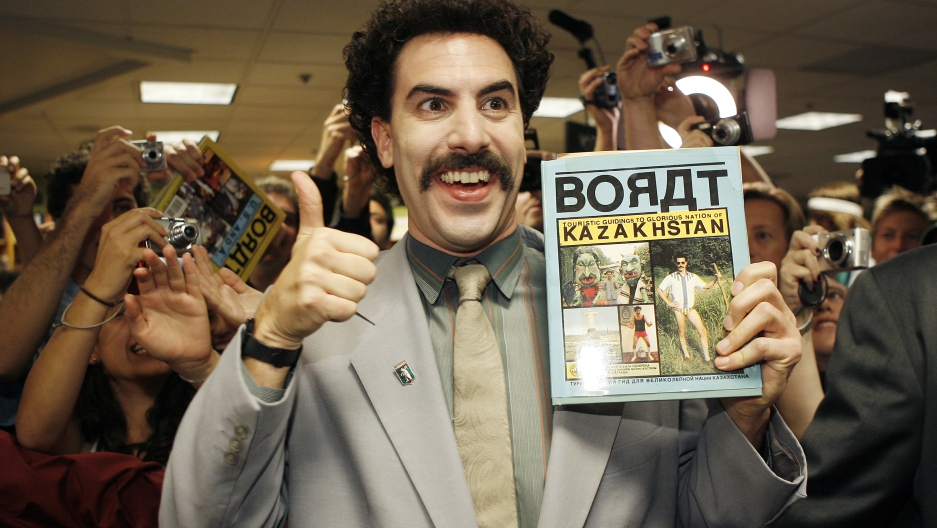 Kazakhstan's foreign minister Yerzhan Kazykhanov has decided that the film "Borat" was a "great victory" for the Central Asian nation, crediting the controversial mockumentary with a "tenfold" increase in visas despite being blacklisted by the government, according to a Monday report by Tengrinews.kz.

Kazakhstan quickly banned the showing of the 2006 film and even threatened to sue the filmmaker, according to BBC.

But Kazykhanov is over it. "I am grateful to Borat, the main character of the movie, for tourists’ keen interest in Kazakhstan," Tengrinews.kz quoted Kazykhanov as saying.

The satirical film, which CNN said was actually shot in nearby Romania, openly mocked Kazakh traditions and cultural practices, some of which were completely fabricated.

Kazykhanov believes otherwise, going so far as to suggest advertising a "Borat tour" to Kazakhstan in the US, according to CNN.

It's a far cry from the country's initial response to the film's concept, with a spokesman for the country's former foreign minister slamming Cohen's claimed Kazakh-style antics at the 2005 MTV Europe Music Awards as "a concoction of bad taste and ill manners which is completely incompatible with ethics and civilized behavior," according to People Magazine.

But the Central Asian nation, whose economy is still reeling from the global economic downturn, may be gradually seeing its Hollywood portrayal in a more forgiving light.

As a recent International Business Times headline put it, the film saw a Kazakhstan that "Makes Benefit Glorious Nation With Tourism Boom."